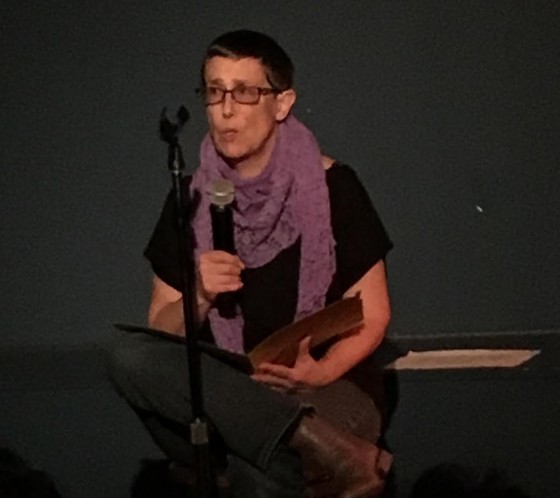 Rebecca Gordon received her B.A. from Reed College and her M.Div. and Ph.D. in Ethics and Social Theory from Graduate Theological Union. She teaches in the Philosophy department at the University of San Francisco and for the university’s Leo T. McCarthy Center for Public Service and the Common Good. Previous publications include Letters From Nicaragua  and Cruel and Usual: How Welfare “Reform” Punishes Poor People .

Her latest book, American Nuremberg: The Officials Who Should Stand Trial for Post 9/11 War Crimes, was published by Hot Books in April 2016. An audio version is also available.

Prior to her academic career, Gordon spent a few decades working in a variety of national and international movements for peace and justice. These include the movements for women’s liberation and LGBT rights; movements in solidarity with the struggles of poor people in Central America; the anti-apartheid movement in the United States and South Africa; and movements opposing U.S. wars in Iraq and Afghanistan.

In 1984, Gordon spent six months living in the war zones of Nicaragua, and in 1990, three months teaching desktop publishing at an anti-apartheid newspaper in Cape Town, South Africa. She is a founder of Californians for Justice, a statewide organization dedicated to the political enfranchisement of marginalized people, especially young people, poor people, and people of color.

Other organizations she has worked with include the Applied Research Center, the Center for Third World Organizing, Mujeres Unidas y Activas, and the Asian-Pacific Environmental Network. She is an editor of WarTimes/Tiempo de guerras,  which seeks to bring a race, class, and gender perspective to issues of war and peace.

About American Nuremburg: The U.S. Officials Who Should Stand Trial for Post-9/11 War Crimes by Rebecca Gordon...

No subject is more hotly debated than the extreme measures that our government has taken after 9/11 in the name of national security. Torture, extraordinary rendition, drone assassinations, secret detention centers (or “black sites”), massive surveillance of citizens. But while the press occasionally exposes the dark side of the war on terror and congressional investigators sometimes raise alarms about the abuses committed by U.S. intelligence agencies and armed forces, no high U.S. official has been prosecuted for these violations – which many legal observers around the world consider war crimes.

The United States helped establish the international principles guiding the prosecution of war crimes – starting with the Nuremberg tribunal following World War II, when Nazi officials were held accountable for their crimes against humanity. But the American government and legal system have consistently refused to apply these same principles to our own officials. Now Rebecca Gordon takes on the explosive task of “indicting” the officials who – in a just society – should be put on trial for war crimes. Some might dismiss this as a symbolic exercise. But what is at stake here is the very soul of the nation. 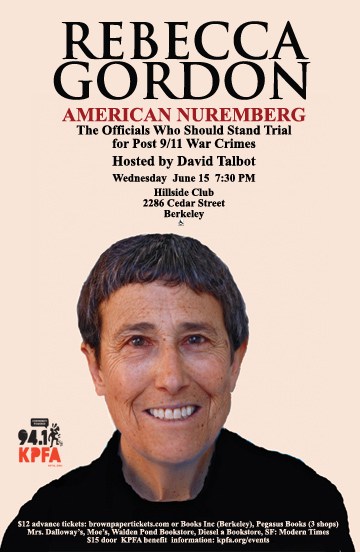