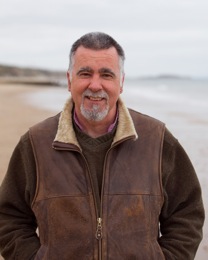 Nick Clements has gained employment through working in areas of high social need and by specializing in working with boys and men. Uniquely he combined teaching creativity with community creation, and worked with tens of thousands of people all over the world for 25 years. In recognition of his outstanding contribution to the field of community and participatory arts he was made visiting professor at Staffordshire University in 2009. Over the same period of time he lived and studied with indigenous peoples all around the world, participating in ritual and ceremonies, and developing an understanding and expertise around rites of passage.

He now combines his work with boys and men and indigenous teachings to create community cohesion and rites of passage with community groups in the UK and all over Europe. He is an advisor and consultant to governments, local authorities, companies and charities on the problems associated with absent fathers, and the loss of self-esteem through unemployment.

He runs workshops, courses and gives inspirational talks on masculinity and rites of passage. He is presently undertaking a series of workshops in Bulgaria helping to re-invigorate the ‘Chitalishta’ network of community centres throughout the country.

He has written 6 books, three on creativity and the arts, one on how to work with fathers, and the last two on men and boys. He writes extensively on these subjects for magazines, and is employed by a range of universities to give talks and run workshops. He lives in the UK.