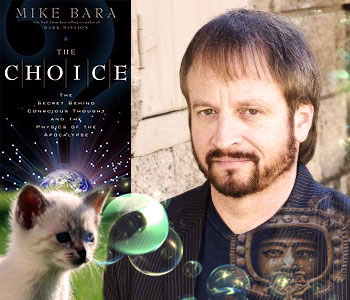 He describes his new book The Choice published by New Page books, as “The unified field theory of physics and metaphysics.” The Choice peels back the layers of mystery around the Mayan calendar, 2012 and the future we can expect if we don’t heed nature’s warning signs. Mike has made numerous public appearances lecturing on the subjects of space science, NASA, physics and the link between science and spirit, and has been a featured guest on radio programs like Coast to Coast AM with George Noory. He is a regular contributor to the History Channel programs “Ancient Aliens” and “America’s Book of Secrets,” both of which are now showing on the H2 channel.