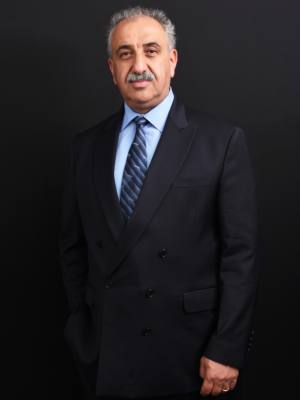 Mehran Tavakoli Keshe was born in Iran in 1958, son of an X-ray engineer. He was introduced to the world of radiation and nuclear science at a very young age. In 1981 he graduated from Queen Mary College, University of London, as a nuclear engineer specializing in reactor technology system control. He has spent the years since then completing a system for the production of gravity and energy using a radioactive hydrogen-fueled reactor that is clean and safe. He has covered all aspects of the design of a new plasma nuclear system from the very beginning to its present stage. This has included the design, the fuel, testing and practical applications. He has concentrated on completing the full range of his technology for launching into the scientific world and industry. The intellectual properties related to this technology were transferred to Stichting the Keshe Foundation.

As I said, I was teaching them how to make gold. I said, to make gold, we need mercury and one neutron. And they looked at me, “But gold is one neutron less atomically than mercury.” I said, “Yes if you want to take a proton, a neutron, and an electron out of mercury to make it gold, it is a lot of work.

But if you put one neutron in the mercury, which immediately changes to a proton and an electron, then you have unstable mercury, which becomes gold and helium, and we can push it to become energy.