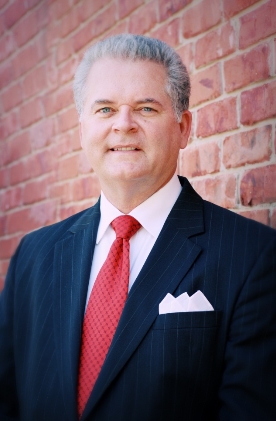 Mark A. Stansberry is an international business man, energy leader and humanitarian from Edmond, Oklahoma. He is founder and Chairman of The GTD Group, author of “The Braking Point: America’s Energy Dreams and Global Economic Realities,” host of “The Weekly Roundtable” radio show on KFAQ 1170 AM in Tulsa, and Chairman of People to People International.

Stansberry founded The GTD Group (Global Trade & Development) in 1988 as a vehicle for helping American businesses expand into international markets and operate skillfully in diverse cultural, political and competitive landscapes. He has led business development and federal government relations initiatives in countries including: Bulgaria, Canada, the Czech
Republic, China, Japan, Mexico and Russia.

He has served in an advisory role on advance teams for Presidents Reagan and Ford, and was a staff member for U.S. Senator Dewey F. Bartlett. Stansberry has been a National Republican Convention Delegate three times (1996, 2000 and 2004) and White House event chairman for the Oklahoma Centennial Salute in 2007.

Stansberry was inducted into the Western Oklahoma Hall of Fame in 2009.

With more than 30 years of direct experience in the Oklahoma energy industry, Stansberry has become a respected industry expert and media commentator on energy issues. He has been invited to testify before the U.S. Senate Energy and Natural Resources Committee, served a nine year term as chairman of the State Chamber of Oklahoma Energy Council and founded the International Energy Policy Conference, now in its nineteenth year. He served on Governor - elect Mary Fallin’s Transition Energy Working Group, 2010 - 2011.

Stansberry is currently on the Board of Directors for PostRock Energy Corp. (PSTR, NASDAQ - Global) and is an ex - officio Board member for The Energy Advocates, a Washington D.C./Tulsa based nonprofit public education organization with former Oklahoma Governor Frank Keating serving as Honorary Chairman.