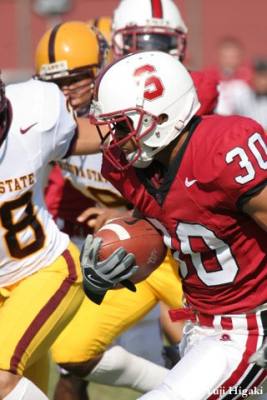 Marcus McCutcheon is a 2002 Watkins Award Honoree who played football and graduated from Stanford University.  He was recognized as one of the top high school defensive backs in the country. Coming from a family of athletes, brother played for USC and in the NFL and dad, Lawrence McCutcheon was a well known and respected retired NFL player.  Marcus worked through adversity to play several positions at Stanford.  After graduation, Marcus chose to pursue Law School and now is practicing law in California.