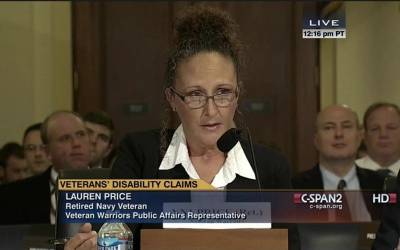 Lauren Price, YN1, US Navy (Retired), is the founder of “Veteran Warriors,” a national veterans’ advocacy group, and she has led that organization since its creation in 2009.  She has testified before Congress on veteran issues.