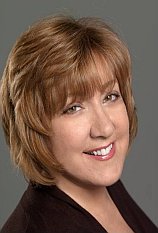 Laura grew up in rural Ohio. A world traveler at a young age, she tromped through 16 countries by the time she was 8. After high school, Laura headed to the Ohio State University. Shortly thereafter, she ended up working at the headquarters for the Commander-in-Chief for the North Atlantic Fleet. She married, had two children, and continued to pursue a scholarly vision of creating architecture with an anthropological influence which would infuse the work of her heroes—Margaret Mead, Joseph Campbell, and Frank Lloyd Wright.

While attending Indiana State University in 1982, Laura’s life was transformed when she awoke one morning with a searing pain in her head. Within 11 days she was totally blind. Several hours later, she died in an ambulance.

Laura crossed over to the Other Side and had an extraordinary near-death experience. Her life and mission were forever changed. She recovered from this traumatic illness, partially blind and with a rare and precise gift of inner sight. She described to her neurosurgeon how she physically saw particles and ribbons of colors within and around everything, to which he replied, “Laura, it will be 100 years before Western science finds out what really happened to you.”

Early on, a schism formed between her experiences and skills, and the mainstream world. Laura felt far-flung from what life was supposed to be. But what was life supposed to be? She saw a black hole between science, religion, philosophy, and contemporary spirituality and mysticism. There is an unwillingness to speak of one’s direct experiences with God that fall outside the lines of acceptable dogma. She began to envision intelligent, compassionate conversations about living with hope and fulfillment in our flattening world while being consciously engaged in spirituality and its inherently beautiful, yet, challenging experiences.

Her book, Intuitive Wellness, and audio programs, Unlocking Your Intuitive Power: How to Read the Energy of Anything and Color Intuition, begin to address the questions she asked as a child—who or what is God?  For almost thirty years she has engaged in work that keeps her in direct contact with spirituality, never losing her thirst for discovering cross-cultural applications of religion and mysticism, and exploring how science has been empowered to make or break a spiritual point but cannot diminishing one’s personal experience.

As a structural and medical intuitive, she has worked with countless individuals around the world, from all strata of society. Doctors have called Laura a “walking MRI” for her laser-like accuracy in intuitive assessments. She is a popular radio guest and the host of, Laura Kamm Live; words along the way. She has served on research panels, including the National Institute of Health-funded studies on remote healing with HIV/AIDs patients. Laura has also worked with the complementary medicine unit at Columbia Presbyterian Hospital in New York City. Her work has been highlighted in Body + Soul and Better Health and Living magazines, and she is the “Intuitive Development Expert” for Sounds True web channel.

When Laura is not writing, lecturing, teaching, on the radio, or working with private clients, she relishes time spent with her two adult children. She is a life-long student of anthropology/sociology, a gardener, and a practitioner of meditation, yoga, and various eastern arts, including calligraphy.