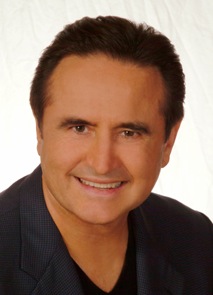 Larry Payne, Ph.D. is an internationally respected yoga teacher and back specialist. The L.A. Times named Larry "One of America's most respected Yoga teachers". He co-authored Yoga Therapy Rx, Yoga for Dummies and The Business of Teaching Yoga.  Larry is founding president of the International Association of Yoga Therapists, founder of the Corporate Yoga program at the J. Paul Getty Museum, the first Yoga teacher to offer Yoga classes at the World Economic Forum, co-founder of the yoga curriculum at UCLA’s School of Medicine, and the founding director of the new Yoga therapy certification program at Loyola Marymount University in Los Angeles.

In 1979 he was an advertising executive, plagued with chronic back pain and stress. His quest for relief led him to study Yoga and health in eleven countries and inspired his career change upon certification in India.  In 1980, Larry founded the Samata Yoga Center in Los Angeles and later earned a Master’s degree and a Doctorate in fitness education with an emphasis in Hatha Yoga from Pacific Western University. His background is in Psychology and he has also completed graduate work in Physical Therapy at Cal-State University at Long Beach. He was the U.S. representative to the first World Congress of Yoga in Montevideo, Uruguay, and has received Outstanding Achievement Awards for Yoga in Europe and the United States, and the Golden Lotus Award from South America. In 2000, he was a panelist and yoga instructor at the World Economic Forum in Davos, Switzerland. In addition, he is the founder of the Healthy Back Program at the world-famous Rancho La Puerta Fitness Spa.

Larry has been a frequent guest on national television and syndicated radio programs. His work has been featured in numerous national and international magazines, as well as in The New York Times and The Los Angeles Times. Most recently he is featured in six new DVDs as part of the Yoga Therapy Rx series. Larry resides in Los Angeles, California and has a thriving practice in Marina del Rey and Malibu. In addition to speaking engagements and workshops, he leads Yoga and health seminars worldwide.

Lecture, Workshop, Instruction Conference and business executive planners are finding Larry’s presentation to be a unique and welcome addition for a wide variety of formats. Whether he lectures on health, how to control stress, keeping our backs and minds healthy or giving simple Yoga instructions for busy people, Larry educates and informs by using methods from his international education and hands-on experience. Many of his seminars are participatory workshops. Larry’s range of instruction enables him to tailor-make relevant contributions to seminars and business meetings.  Larry specializes in preventing back injuries and stress reduction through Yoga, and his audio/video products have been recommended by more than 300 doctors. 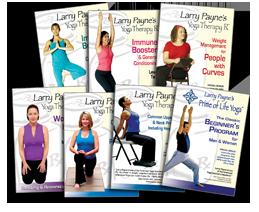