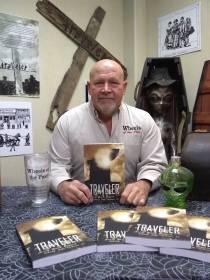 My name is Kerry Haggard of Beaver Falls PA. I an writer and host of the upcoming tv series “Wheels of the Past” antique car production and have spent the last several years finalizing and preparing "TRAVELER" for publication, a historical fiction novel based on the April 17th 1897 Aurora Texas alien crash and the hunt for him 100 years later.

Available now on Amazon, the novel was published March 28th and is simply the plane to the train, the train being the movie of which I am already in touch with several producers for consideration.

A devoted antique car collector, judge and restorer for the better part of 25 years, Kerry Trent Haggard is the founder, writer and host of “Wheels of the Past” productions based in Beaver Falls, PA. Relocating there to begin the project from his home state of Georgia in 2017, currently under production in the Pittsburgh area, "Wheels of the Past" is a historically accurate and entertaining series devoted to the history and preservation of classic cars, trucks and motorcycles which have informative stories to tell. Working as company buyer for SMS Auto Fabrics of Canby Oregon from 1989 till the mid 2000s, Haggard personally built several national award winning AACA and Early V-8 show cars including a 1924 Ford Model T Touring car, 1961 Ford Galaxie Starliner and a 1938 Ford DeLuxe Coupe which won “Best Pre WWII Ford in the Nation” in 2000.

A long time enthusiast of classic horror and UFOs, Kerry first learned of the Aurora alien crash from friend and Texas native John Cochran in the summer of 2015. Due to an incident which Kerry witnessed during his childhood of a flying saucer landing in his small hometown, the story hit him with such passion that he and John spent the next several months working day and night to form an outline for a screenplay based on the fictional hunt for the buried extraterrestrial 100 years later. 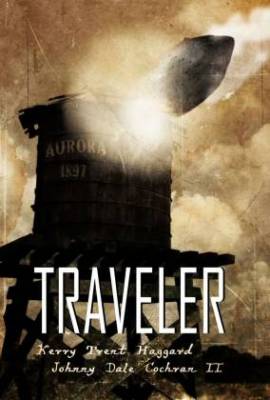