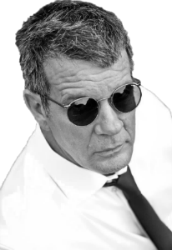 John B. Wells is the leader of Caravan to Midnight.

Actor, musician, writer, investigative journalist, composer, martial artist, aviator and broadcaster, John B. Wells finds the ancient sage advice of “concentrating on just one thing” to be true. His one thing: The Arts.

John performed weekend duties as the top-rated host of the nationally syndicated overnight radio show Coast to Coast AM. After frequently serving as a guest host, In January 2012, Wells became the Saturday evening host of the most-listened-to overnight program in history, and held that seat until January 2014.

John is also an internationally renowned voice-over artist with credits ranging from serving as the announcer for CBS’ The Late Show with Craig Kilborn, to voicing promos for hit television shows like Discovery Channel’s Deadliest Catch and Gold Rush to lending his voice to films like Oliver Stone’s JFK and Talk Radio, as well as the popular series Unsealed: Alien Files.

John B. Wells captivates, educates and entertains audiences with discussions on news and current events, conspiracy theories and all things curious and unexplained. 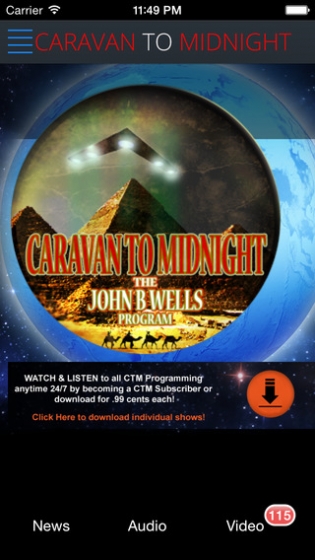