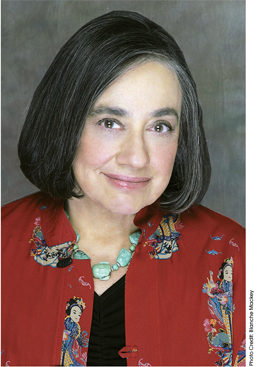 JOAN MELLEN is a professor of English and creative writing at Temple University in Philadelphia. She is the author of twenty-two books, ranging from film criticism to fiction, sports, true crime, Latin American studies and biography. Her early work was about the cinema. Her “Women and Their Sexuality in the New Film” published in 1974, was a landmark work in feminist studies. Larry McMurtry pronounced it “brilliant” in his “Washington Post” review. Her study of the image of women in film was followed by the companion study, “Big Bad Wolves: Masculinity in the American Cinema.” Her book about “The Battle of Algiers,” written in 1972, has been quoted widely in connection with the events of 9/11.

In 1972, she was awarded a prize by the Mainichi Shimbun newspaper organization in Japan. This led her to write five books about Japan, including “The Waves at Genji’s Door: Japan through Its Cinema,” 1976. Her 1981 novel, “Natural Tendencies,” is set in Japan. More recently, she has written two books about Japanese film for the British Film Institute, “Seven Samurai” (2002) and “In the Realm of the Senses” (2004).

She has written for a variety of publications such as the “New York Times,” the “Los Angeles Times,” and the “Philadelphia Inquirer, including the “Baltimore Sun” where she is a frequent contributor. She has also lectured widely at universities and festivals, including, twice at the Harbourfront International Festival of Authors and, most recently, during the summer of 2005 at the Shaw festival in Niagara-On-The-Lake.

In 2004, she was awarded one of Temple University’s coveted “Great Teacher” awards for outstanding achievement, in particular in the graduate program in creative writing.

Perhaps no president has a more ambiguous reputation than LBJ. A brilliant tactician, he maneuvered colleagues and turned bills into law better than anyone. But he was trailed by a legacy of underhanded dealings, from his “stolen” Senate election in 1948 to kickbacks he artfully concealed from deals engineered with Texas wheeler-dealer Billie Sol Estes and defense contractors like his longtime supporter Brown & Root. On the verge of investigation, Johnson was reprieved when he became president upon JFK's assassination. Among the remaining mysteries has been LBJ's relationship to Mac Wallace who, in 1951, shot a Texas man having an affair with LBJ's loose-cannon sister Josefa, also Wallace's lover. When arrested, Wallace cooly said "I work for Johnson…I need to get back to Washington." Charged with murder, he was overnight defended by LBJ's powerful lawyer John Cofer, and though convicted, amazingly received a suspended sentence. He then got high-security clearance from LBJ friend and defense contractor D.H. Byrd, which the Office of Naval Intelligence tried to revoke for 11 years without success.

Using crucial Life magazine and Naval Intelligence files and the unredacted FBI files on Mac Wallace, never before utilized by others, investigative writer Joan Mellen skillfully connects these two disparate Texas lives and lends stark credence to the dark side of Lyndon Johnson that has largely gone unsubstantiated. 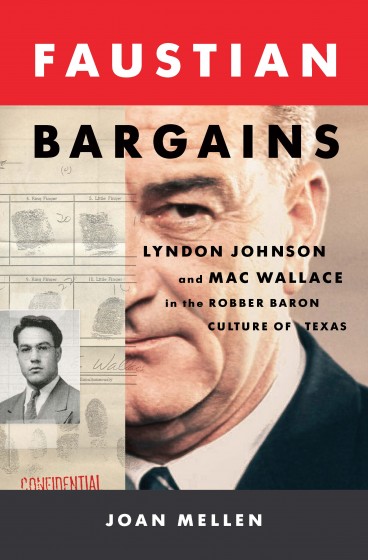