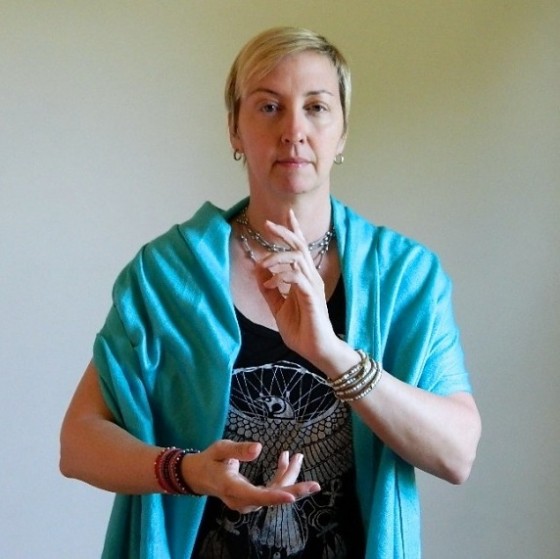 Jenny Marks is an metaphysical artist who communicates multidimensional Light Language Messages from her Guides that unlock other’s resonant DNA codes — via blog posts, lectures, workshops, and “Energetic Frequency Signature” Bundles (glyph drawings + galactic scripts + ancient language speaking). She creates ongoing messages about living life creatively during this time of the “Ascension” + the Shifting dimensional landscape that we exist in now–encouraging co-creators of the Collective to re-mem-ber their true nature + develop their unique Energy Signatures… inspiring creativity into this New Earth template through the Language of Light. A Rainbow Guardian bridging ancient wisdom + modern life, she is a portal opener of Galactic service assisting the rise of all Gaia frequencies to higher dimensions together with joy.

Since childhood, Jenny has experienced the world multidimensionally + expressed herself through various art forms. Her mother + twin aunt were artists who started an art department in a local college where Jenny had access to extensive art mediums + facilities. She was always attracted to codes+ languages + symbols, especially Egyptian hieroglyphs, ancient writings + various alternative performance art forms. Often she would experience many of her senses crossing — she would hear music + see colors + energy movement, she would touch objects + hear sounds + see shapes, taste various flavors then experience shapes + imagery in her mind’s eye. Later she read about a phenomenon called “Synesthesia” which she very much related to. Jenny would always draw new symbols, dance + act out various forms of expression + make up new languages with her friends.  Even in her early artwork she incorporated what felt like galactic writing symbols + would talk in languages unknown to her. Recently she discovered a phenomenon of metaphysical expression referred to as “Light Language” or “Language of Light” — and realized this was what she was doing, along with many others in the world. The forms of Light Language expression are limitless — each person manifests their expression in their own unique way… drawing, dancing, cooking, language speaking + script symbol writing. She believes there is a universal Light Language and various manifestations that everyone speaks inherently; Light Language is a higher dimensional form of expression — when shared it is understood collectively by others at some level… there is just a knowing.  The more one is exposed to the Light Language of others, the more they begin to awaken to their own expression of Language of Light + often begin communicating it themselves.  Light Language is a form of higher dimensional awakening of our embedded Light Codes that exist in our cells + body systems that we can tap into. During this time NOW of profound energetic shifting in the world, our hidden body codes are awakening + coming “online” + Light Language further awakens the Collective consciousness.