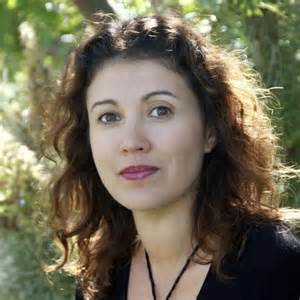 I  live with my husband and three small children in Oxnard, California, an agricultural town on the Pacific coast.  The abundant farms drew my family to California from Mexico three generations ago: one set of grandparents followed the crops as migrant farm workers and never left; the other grandparents worked in a sugar beet factory that gave birth to my hometown.

The morning breeze brings the scent of the season’s crop. Some morning smell of celery; others strawberries.  Not all smells are sweet. I was asked by an Angelino (a resident of Los Angeles), “Why does Oxnard smell bad?”  The pungent odor of fertilizer spread over the land makes a lasting impression on the “outsider.” Those of us who live here rarely make any comment about the fragrances which sometimes tiptoe and sometimes stomp into our awareness. For us, it’s the aroma of life in our slice of the world.

This intimacy with the land fuel’s my passion for the subject of water conservation, and my strong activist roots transform my passion into action. My father raised me to be a change agent. He refused to swallow his own destiny as a child farmworker. Against all odds, he earned a college degree with the assistance of the G.I. Bill. My childhood memories include my father loading my sisters and me into the stuffy station wagon to take us to the United Farm Workers (UFW) marches and college lectures delivered by his heroes of the Chicano movement. In the summer of 1988, again he loaded us into the station wagon. We drove 200 miles to Delano, California. We gathered among 3,000 mostly farmworker families to pray for the health of Cesar Chavez, founder of the UFW, on his 29th day of his fast. His fast was to draw attention to pesticide use on fields he understood to cause birth defects among farmworker children.

My own entry into water conservation began with the launch of Azul Conservation Products, a distribution business of water conservation products to retailers and industry. Ultimately, I distributed over 80,000 shower timers around the country. In 2010, my small business was honored with a WRAP (Waste Reduction Awards Program) award from the California Department of Resources Recycling and Recovery (CalRecycle). In June 2011, I was profiled in Ventana Magazine as one of Southern California’s most notable “Progressive Thinkers” on the leading edge of the sustainability movement.

My training in Public Policy from the University of Chicago taught me to become a relentless researcher. While building Azul, I discovered while conserving water in obvious ways is important to reducing water scarcity, most water wastage occurs in the production chains of the foods we consume. This research led to Eat Less Water.

When I began my farm visits I saw how the dishes we put on our table entails a far-reaching story about the earth’s water cycles. By telling some of these stories and by bringing the reader face-to-face with people directly involved in the food-production process, the book makes vivid for the reader the seldom-seen connection between the choices each of makes while shopping for groceries and the looming threat of global water scarcity.

"As a researcher trained at the University of Chicago Harris School of Public Policy, Florencia sets out to understand problems afflicting vulnerable communities and looks for solutions. Her articles appear in the San Jose Mercury News; the James Beard awarded Edible Communities Magazines and her blog. Florencia has recently been featured on several radio programs including NPR member stations, and Entertainment Weekly. Eat Less Water received the prestigious Gift of Freedom Creative Nonfiction genre prize from A Room of Her Own Foundation (AROHO). She lives in the coastal town of Oxnard, California with her husband and three children. Please join us as we visit with Florencia and discover why it’s important for us to understand that “the same amount of water saved over the course of a year in the bathroom can be saved in a week in the kitchen, because seven out of every ten gallons of water is used for food production.” 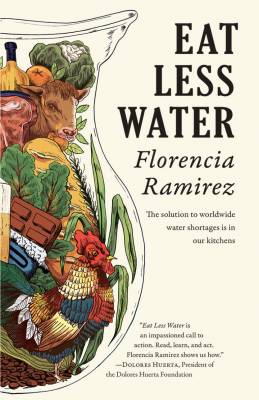