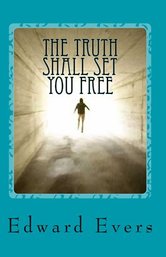 “There are two types of people...interested and interesting”.
Edward J. Evans

Edward died and started toward the Light at the age of 19, and has been exterior to his body 3 times, that he is aware of. He was married to the same beautiful woman for 60 years, and spent fifteen years in Scientology, but quit because they couldn't back up their claims...Edward has done several hundred hours of past life regression, and was there when Jesus was crucified!

He is the author of "The Truth Shall Set You Free" and "My Journey Beyond The Bizarre".

Edward is 87 years young :) He was born in Sioux City, Iowa in 1932. His Father died 10 days before his 4th birthday, and his Mother paid a Dakota Sioux Indian family pennies a day to babysit him so she could work. They moved to California in his uncles 1928 Chevrolet Touring car in 1938. He attended three different grade schools and three different High Schools. He had twenty-one different jobs before settling down and marrying his High School Sweetheart at the age of twenty-one.

Edward’s first out of body experience happened at the age of five years old. He was in a dentist's chair and left his body to search for his Mother.  His second out of body experience happened in Long Beach, California at the age of eighteen years old. His 1948 Harley Davidson motorcycle broke both chains and locked the rear wheel, throwing Edward over the handlebars without a helmet. The road rash was severe, to say the least.

Edward went to work for Douglas Aircraft Corporation and at the age of nineteen was killed along with nine others due to a large curing oven explosion that sent him flying through the air for sixty feet landing on the edge of a work table.  A round trip to the light followed.

He went to college and became a Research and Development Electronics Engineer on the Minuteman Missile project and the Apollo Spacecraft project for a total of fifteen years. After this he worked as a Field Service Engineer for the Gardner Denver Corporation for nine years, flying all over the country teaching customers how to operate and maintain the company’s computer-controlled equipment that they purchased. After this, he created, owned and operated his own electronic assembly company for thirty-two years, called Sierra Assembly Services Inc.

Edward now lives alone. He lost his eldest Daughter in 2009 to lung cancer and lost his Wife of sixty years in 2012 to Dementia aggravated by a broken hip. His youngest Daughter, two Granddaughters, and three Great Grandsons give him lots of love, attention, and purpose. 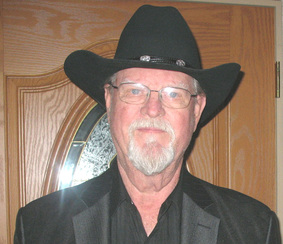