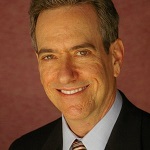 My next guest, Dr William S Eidelman, M.D. has been in the natural healing field for over thirty years. He has  traveled all over the world, and has seen and heard almost everything!  He has learned a lot about natural ways of healing the body, the mind, and the spirit, which he wishes to share with you. He believe that these approaches to healing and to prevention and to awakening can be a boon to each of us, and to the country as a whole.

Currently,he works as a consultant in natural approaches to healing. The main treatment modalities are herbs, nutrition, bioelectromagnetism, and meditation. As you’ll see on other pages of his website, these modalities are yielding amazing, paradigm-shifting, life-saving, health-giving, feel-better results!

His medical education began when he was a child. His late great father was a professor of psychiatry at St. Louis University School Of Medicine. He was the only non-Freudian in the department of psychiatry for 25+ years, so Dr Eidelman learned early that being different wasn’t bad. He learned from his father that through simple caring, he could help others through their pain and illness, sometimes. He showed his understanding that everyone in medicine has a lot to learn, that no one really knows all (or even most of) the answers and that doctors do the best they can, which was sometimes successful and often not. So this was Dr Eidelman’s (mostly unconscious) attitude when he started medical school.

Once there, it seemed like something was missing from the medical program, but Dr Eidelman couldn’t say quite what it was at the time. It seemed like they were going in the wrong direction in several basic ways. Now he realize that there were several topics missing or neglected.

First: After graduating from medical school, and beginning residency training in psychiatry, Dr Eidelman was introduced to the concept of bio-energy. This idea was never mentioned in medical school, except for the ridicule given to any idea which was patently impossible, such as the idea of bio-energy! Bio-energy, in the eyes of scientists, had been discredited by 1900. However, by this time, 1975, acupuncture and its theory of bio-energy flows had reached the United States, and seemed to hold clinical truth, and therefore must have a scientific basis.He began personally experimenting, and found that it was real — according to his subjective awareness. Later, he found that Robert O. Becker, M.D., and his team of researchers had proven that the body is literally a liquid crystal, and is full of semi-conducting electrical currents and their electromagnetic fields — billions of them throughout the body, creating an incredibly harmonic energy field of primary importance in health, healing, and consciousness. Some of the implications which you can use directly will be found in therapeutic devices such as the Alpha-Stim and QRS for creating health and enhancing well-being. These are his two favorites of a growing field of effective, even revolutionary therapies. On this level, the future is very bright. Now, he has discovered that the Alpha-Stim, which has been in wide use for at least 15 years, blocks cravings for cigarettes and other addictive drugs.

Second: When he began medical school in 1971,he took an elective course in nutrition (along with four of his one hundred and fifty classmates).He brought literature from health food stores to the class. The professor, Dr. Max Horwitt, was and is an eminent nutritionist. He lampooned, chastised, and ridiculed the authors, their science, and their beliefs. He gave us the 1971 orthodox scientific view of nutrition. The old view was basically this: If you eat a normal diet with a variety of all the different food groups, you will get all the nutrition you need to be healthy. If you are ill, your diet did not cause it (or contribute to it) and changing your diet won’t help it. In 1971, there were precious few exceptions to this view. Anybody who claimed diet was important in the cause and treatment of almost any or most illness was simply dismissed as a quack. All diets for prevention or treatment of illness were dismissed as fads.

Since then, because of medical research and widespread experience of millions of people, the orthodox view has embraced many of the principles espoused by natural health practitioners. Now, doctors who are up-to-date know that nutritional therapies work very well to heal many problems, including serious diseases. Many of the nutritional ideas considered fad diets or quackery in 1971 are now accepted by the mainstream–from the AMA to Madison Avenue.

Two of the most well-known teachers of Nutritional Medicine are Jonathan Wright, M.D. and Alan Gaby, M.D.. Their style of medicine is practiced by a growing number of physicians world wide. Another pioneer is Garry Gordon, M.D..Some of the other prominent doctors using this version of medicine are: David Steenbloch, D.O., Julian Whittaker, M.D.. For a more complete list of such doctors, including one near you, contact ACAM (the American College for the Advancement of Medicine), in Laguna Hills, California, (800) 532-3688.

And everyone still has much to learn, but this knowledge base has already started exploding. It is exciting to watch how it unfolds, for the benefit of all of us. This is the real medicine of the future.

Third: Dr Eiselman  learned growing up that psychologically speaking, humanity is a mess. Although the small details of Freud’s theories were not necessarily on track, He learned from his father that Freud’s basic concept of humans being mainly unconscious was certainly true. He later learned that this concept is an essential foundation of eastern philosophy and religion. When he found that scientific research showed that meditation exerted measurable physiological effects, he tried it out. This certainly helped him get through medical school.

After psychiatric residency, Dr Eiselman spent time in India, learning much about human consciousness, meditation, and the process of awakening. His early medical career, from 1977 through 1990 involved what he now considers “alternative psychiatry,” focusing on awakening of the spirit rather than treatment of mental illness. In the very awakening of the spirit, many of our mental dis-eases simply evaporate. Others may remain, but even those exist in a different context when the person is awakening. It was during this time that he became familiar with hands-on energy healing.He worked extensively both practicing and teaching a form of hands-on energy healing called Resonance Balancing.

Medical Cannabis: Cannabis (aka marijuana) is an herb, the product of the hemp plant. Although, like most people of his generation (and all the following ones),he had some experience with cannabis for “recreational purposes.” He did notice that he slept much better, and sometimes he used it specifically to get to sleep, but beyond that heI hadn’t really thought much of its medical value.He did think a lot about its psychological and spiritual values, and was aware of its many benefits in both dimensions.

When the people of the State of California passed the Compassionate Use Act of 1996, Dr Eidelman was approached to write letters of approval for ill patients wanting to legally use Medical Cannabis. He rapidly became educated, by reading from the voluminous literature base, but more so by seeing real live patients who benefited from cannabis use. These patients have a wide range of illnesses, and benefit in a wide range of ways. Fully appreciating the remarkable effectiveness of cannabis has taken years, and still new experiences with patients and new reports in the medical research happen regularly.

Thank God for Dr. Eidelman and his natural Medicinal CDB path back to health! I was living in constant chronic pain from head-to-toe and the flower has virtually cured me. After playing football for 20 years, 5 Professionally, I was becoming more and more stricken with Migraines that would pop-up out of nowhere, thus causing pain and debilitating swelling in my neck and back, which then caused numbness in all four of my limbs.
CDB actually saved my life, because it got me to kick my addiction to a couple dozen Meds (Opioid) and anti-inflammatory pills, every day.
Thank you for your help Dr. Eidelman

Additional information about Dr Eidelman is available at: http://dreidelman.com/