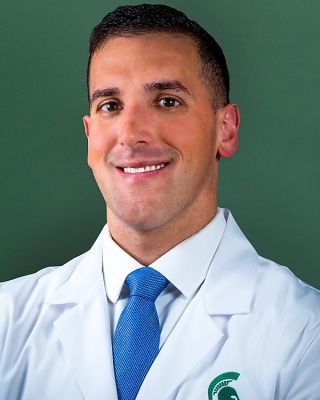 Toufic R. Jildeh, MD attended Michigan State University where he graduated summa cum laude and from the Honors College. He attended medical school at Wayne State University School of Medicine. He went on to complete his residency at Henry Ford Health System where he was selected as an Administrative Chief Resident and was chosen as an American Orthopaedic Association Emerging Leader. He concurrently completed the Davidson Fellowship in Entrepreneurship. He was awarded the prestigious distinction of Most Outstanding Resident by the Henry Ford Health System. Dr. Jildeh was selected for and completed a specialized sports medicine fellowship at the world renown Steadman Clinic/Steadman Philippon Research Institute in Vail, Colorado. While in fellowship, he served as a team physician for the US Olympic Ski and Snowboard team and was involved in the medical and surgical care of elite athletes from the NFL, NBA, MLB, NHL, PGA, PLL, and Olympics.

Dr. Jildeh is an assistant professor at Michigan State University, as well as a team physician for Michigan State University athletics and the US Olympic Ski and Snowboard team.He specializes in sports medicine, joint preservation, cartilage restoration, and joint reconstruction of the shoulder, knee, hip, and elbow. Academically, Dr. Jildeh has published more than 100 peer reviewed manuscripts, book chapters, and abstracts. He has presented over 100 papers at conferences nationally and internationally. He has been the recipient of accolades such as the O’Donoghue Sports Injury Award from the American Orthopaedic Society for Sports Medicine, as well as top research projects at the American Academy of Orthopaedic Surgeons, American Orthopaedic Society, and American Orthopaedic Society for Sports Medicine.