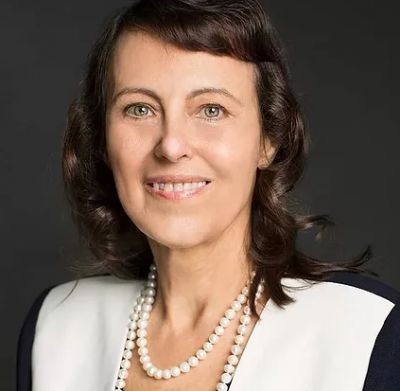 Mária Sági, a native of Budapest, began her career as a classical pianist and turned subsequently to the study of medicine and psychology, specializing in personality theory, deep psychology, social psychology and the psychology of music. She received her Ph.D. in psychology at the Eötvös Lóránd Science University of Budapest, and after seven years research she received her C.Sc. degree of the Hungarian Academy of Sciences. She is a former Research Associate and Scientific Secretary of Institute for Culture and Sociological Research Institute of the Hungarian Academy of Sciences. A leading member of the Club of Budapest since its inception in 1993, Dr. Sági currently serves as Science Director of the Club.

She is the author of twelve books and over one hundred of fifty articles and research papers published in Hungarian, English, French, German, Italian, and Japanese, on topics as diverse as social and personality psychology, the psychology of music and art, in addition to information medicine, her principal field.

She has done extensive research on the psychology of art: how music is reproduced through associations with color and form in painting, as well as on the Hungarian folk-dance movement, theatre, and cultural trends and values. Her books Aesthetics and Personality and Culture and Personality are frequently referenced in Hungarian research organizations. Creativity in Music, her book co-authored with Prof. Iván Vitányi, states the results of her experimental research work in a 9-volume treatise treating the investigation of generative ability in various segments of the Hungarian people.

​Mária Sági is a member of the General Evolution Research Group and is the former Managing Editor of World Futures, The Journal of General Evolution (now World Futures: The Journal of New Paradigm Research). She has been a close collaborator of Prof. Ervin László in his work on the new paradigm in science and society and has overseen the publication of the Hungarian edition of ten of László’s recent books.

Since the late 1980s Sági’s interests embraced natural healing, using the principles of  information medicine. She has developed the method of New Homeopathy pioneered by the Viennese scientist Erich Körbler as an encompassing method for diagnosing and treating human health problems whether in the presence of the patient and at a distance (“Holistic Information-Medicine”). She lectured on this method in seminars in Hungary, Austria, Germany, Switzerland, Italy, as well as Japan. She has worked with Ervin Laszlo in developing the theory of the Akashic field, providing examples of healing through that field and elaborating its implications for the new science paradigm developed by Laszlo.

The Luxembourg Peace Prize for ‘Outstanding Peace Activists 2017’ was awarded to the Club of Budapest (COB), its initiator Professor Ervin Laszlo, Chief Creative Director Anne-Marie Voorhoeve and Science Director Dr. Mária Sági, for their work of building bridges among cultures, and for their promotion of a ‘Planetary Consciousness’ on the theme of ‘Unity in Diversity’, and of supercoherence between human beings. This is the highest European acknowledgement awarded every year to persons, groups and organizations worldwide for tangible actions towards Peace. 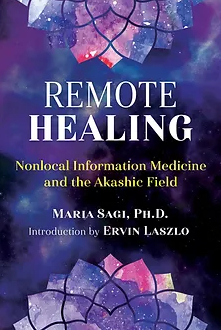