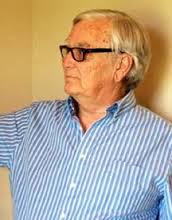 Here is some information on the pulsating (healing) device that Dr. Donnie Rudd has helped evlolve.

The WeHealPlus device uses a roughly uniform magnetic field applied over a volume of tissue and then carefully controls the rapid changes in the magnetic field to induce the desired electrical field in that same volume of tissue. It therefore uniformly stimulates all cells in the affected volume with roughly equivalent electromotive force on the ions in the paracellular and paranuclear spaces. This uniform stimulation thereby emulates the effects of mechanical stress on the tissues (that presumably signal by ion flux in the paracellular space and through voids and conduits in the ECM). The very significant difference between the WeHealPlus PEMF system and electrical stimulation in general is in the uniformity of the stimulation: unlike electrical stimulation there is no “lightning bolt” path of hyper stimulated cells. Instead, all cells in the affected volume receive a nearly uniform level of stimulation, just as they would during mechanical stress from the environment.

Our device is fundamentally the same as electrical stimulation and PEMF other stimulators, however, it is fundamentally different in the way it is applied. It is applied in this gentle, uniform and volumetrically efficient way. Opposed to the lightning bolt, non-uniform or random way that products like the T.E.N.S unit employs.  Our product had the same physiological mechanism from the direct inductively coupled electrical stimulation (PEMF), but we had to fine tune the circuit to produce the induced field. If you weren’t trying to do it wouldn’t just happen. We had to push the physics that way and use the right components.