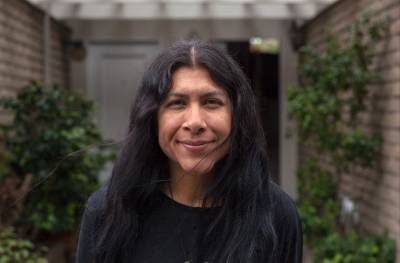 don Jose Ruiz was born in Mexico City, Mexico and was raised in Tijuana, Mexico. When he was 21 he came to live in the U.S. with his father, don Miguel Ruiz. From a very young age don Jose was guided by many teachers present in his life including, his mother and father, his grandmother Sarita, and several other Naguals.

Through masterful guidance by his teachers and amazing life experiences with precision synchronicity, Jose came to 'silent knowledge'; he witnessed the world as it is, without any story. In his early twenties, don Jose lost his eyesight. In his process of surrendering, he learned the value of learning to listen; to listen to his inner wisdom and integrity and to see different perspectives, while knowing nothing is personal. He had a renewed love and gratitude for life ~ and he found acceptance, happiness and abundance; he found bliss. He grasped a true understanding of faith, love, gratitude and humility. Through his surrender and faith, in concert with modern medicine Jose recovered his eyesight.

Like his father, combining new insights with ancient wisdom, don Jose Ruiz is dedicating his life to sharing the ancient Toltec wisdom by translating it into practical, everyday life concepts that promote transformation through truth, love and common sense. don Jose teaches and lectures across the United States and around the world: Power Journeys to the pyramids of Teotihuacan, Palenque, Tulum and Coba; workshops with guest don Miguel or other teachers at Omega ­ NY, Austin, and Vancouver.

don Jose Ruiz has now collaborated with his father don Miguel Ruiz on a new book that offers a fresh perspective on the Four Agreements, and a powerful new agreement for transforming our lives into our personal heaven: The Fifth Agreement.

The Fifth Agreement takes us to a deeper level of awareness of the power of the Self, and returns us to the authenticity we were born with. In this compelling sequel to The Four Agreements, we are reminded of the greatest gift we can give ourselves: the freedom to be who we really are.

The Universe of Now is an exciting project created by don Jose Ruiz. Use the Universe of NOW to become inspired and enjoy each moment, by living in the NOW. Become more aware of what inspires or un-inspires you, and practice to become an amazing artist of life.

One of don Jose’s newest passions is his band Circle of Shadows. The Circle of Shadows is a collective of artists that formed in 2008, inspired by the dream of different voices coming together to share a common message of truth. Although geographically dispersed, the various members of the collective gather to create, record and tour. In 2009, the group released their first studio album, don Jose Ruiz and The Circle of Shadows, a CD combining music with inspiring words and original artwork. The collective currently includes Jose Ruiz (author and Shaman), Greg Beaton (musician, producer and voice actor), Joe Gasparik (musician and producer), Aaron Landman (visual artist and video producer), and Jed Rees (musician, arranger and actor). 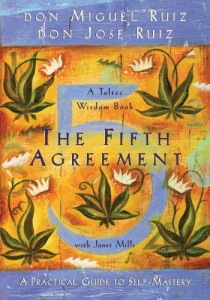