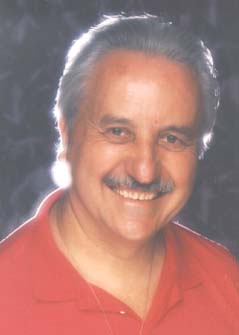 DaEl Walker is the Director of the Crystal Awareness Institute. For over 25 years he has focused research on subtle energy, crystals, healing, and sensitivity training. He has taught in 9 countries on 4 continents. He was the first western healer to teach healing to Japan. In February 1996, he was the only international speaker at the first New Age Expo in Asia, in Hong Kong. November 1996 he was the only American among 28 presenters at the first "Conference of Alternative Therapies" held in Eastern Europe, in Romania. His presentation was officially voted Best of Conference by the attendees. In 1998 he received the Martin De La Cruz Prize from the Academia Mexicana de Medicina Tradicional, at the 12th International Conference on Traditional Medicine, cosponsored by the University of New Mexico. This prize is given each year to the individual or organization that has contributed the most to alternative healing.

He has been involved in Crystal Skull Research since 1986 when he was part of a team of researchers who went to Canada and worked with the Mitchell-Hedges Skull. He has since worked on 27 crystal skulls and is the guardian of Rainbow, an ancient crystal skull. He is now travelling with the skull and bringing it to the attention of the world.

DaEl is part Native American, descended from the Cherokee tribe. He is an elder in the Spirit Horse Medicine Society.

He is the author of The Crystal Book, The Crystal Healing Book, co-author of the Crystal Sourcebook, has just finished the soon to be published Crystalotherapy, and is presently writing another book, Physics of Emotion. He has written a series of articles on alternative therapies for the Tin Tin Daily News in Hong Kong. He was recently the guest editor for Insight magazine in Australia and now writes a monthly column.

DaEl is a favorite of the media and has appeared on over 500 radio and TV shows in 9 countries. He has been the subject of news specials on ABC, CBC Canada, CBS, CNN, and NBC.