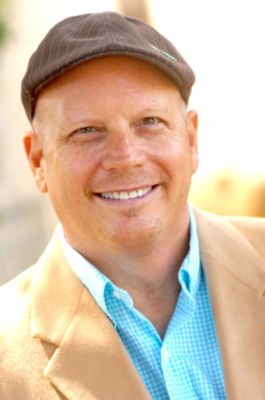 Multiple award-winning filmmaker and Emmy-nominated casting director Craig Campobasso was 15 when he started in the entertainment business, landing a commercial for McDonald’s chicken sandwich, and speaking his first line of dialogue to Tuesday Weld in a Movie of the Week.

From the time she was pregnant with him, Craig’s mother Marie Donna King Campobasso knew he would become a writer. He fulfilled that prophecy at 26, after experiencing a life-changing spiritual awakening.

That’s when The Autobiography of an Extraterrestrial Saga book series was born. His passion is to write stories that provoke the reader to think, to raise their consciousness, and to expand their mind about Creation, while still entertaining in the Hollywood tradition.

Craig directed, wrote, and produced the short film Stranger at the Pentagon, adapted from the popular UFO book by the late Dr. Frank E. Stranges. The short film collected accolades: Best Sci-Fi film at the 2014 Burbank International Film Festival, and a Remi Award at the 2015 Worldfest Houston International Film Festival for Best Sci-Fi Short. Craig is currently setting up the feature film.

Craig has appeared on many radio shows, including Coast to Coast AM with George Noory and Fade to Black with Jimmy Church. He has also been a guest on internet television show Open Minds with Regina Meredith, and Beyond Belief with George Noory, on www.Gaia.com.

Craig has also appeared on The History Channel’s Ancient Aliens, and the 2022 season of Travel Channel's UFO Witness.

The Autobiography of an Extraterrestrial Saga: The Huroid Revolution and Other Warring Creatures is the fourth book in the series. Craig is currently writing two sequels.

His 2001 book The Extraterrestrial Species Almanac: The Ultimate Guide to Greys, Reptilians, Hybrids, and Nordics had been a best-seller on Amazon. Craig is currently making the ET Almanac into a documentary and will bring the ETs to life through CGI--computer generated images to be released in 2023.

His new book The UFO Hotspot Compendium: All the Places To Visit Before You Die or Are Abducted was released October 1, 2022.

The Autobiography of an ExtraTerrestrial Saga - BOOK SERIES:

Stranger at the Pentagon film: 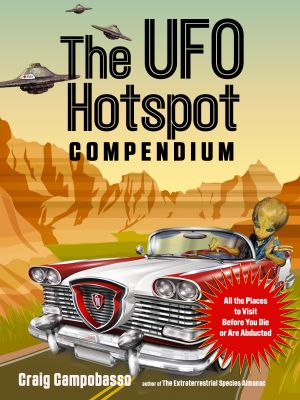