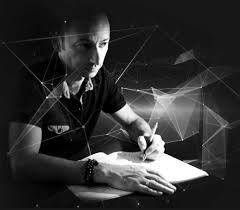 Claudiu is a published author of two novels: The Decadence of Our Souls, and Water Entanglement.

The Decadence of Our Souls is about how we can become better human beings through meditation, introspection, and faith. The Decadence of Our Souls is his first novel, highlighting his belief in a potentially better world if the meanings of Love, Gratitude and Empathy could be understood by all of our brothers and sisters. Claudiu also developed a workshop called 'Refocus a Pathless Life Through Deepened Spirituality' that follows the main character through his own hurdles.

His second book is called, Water Entanglement, in which he talks about what happens when water awakens and starts punishing us for our misdeeds vis-a-vis the environment.

Claudiu Murgan was born in Romania and has called Canada home since 1997. He is a graduate of the Polytechnic Institute of Bucharest and during his university years he was involved in the Romanian fandom, writing and organizing local events. He also participated at Science-Fiction conventions in both Europe and North America, meeting contemporary writers with the utmost impact on this genre.

He received several awards for his short stories and novellas that were published in SF Journal and Science & Technology Magazine. Claudiu was a member of the Friends of the Merrill Collection in Toronto, organizing the first Science-Fiction art show in the association's history.

Water Entanglement
When will we understand that water has memory, water is alive and the time for her to awaken is NOW? What will humanity do if the scarcity of water becomes a reality and not just a subject for movies? Why can’t we comprehend that we are made of structured water and that by disrespecting the water, we disrespect ourselves?

The creation of earth, water and crystals have weaved their paths into a billion-year-long tapestry that has captured the cycles of nature’s evolution. It has observed the appearance of humans and their troubled, but fascinating development, and the energies and vibrations of everything that is part of this amazing eco-system.In 2055 water activists are fighting against irresponsible corporations that pillage the earth.

Hayyin, the hidden identity of Cherry Mortinger, a limnologist, is leading the movement. Will she be able to prove that water has memory and is alive and that we could awaken to the possibility of facing a fierce battle against the primordial element that gave us life: WATER?

Although many are not willing to accept that water has memory and is alive, this book awakens us to the possibility of fighting a fierce battle against the primordial element that gave us life: WATER.

Water Entanglement is a gripping story of the disorder that is caused by the Earth’s inhabitants' disrespect for water. The intriguing plot takes us through futuristic events. Water needs to be rationed leading to a catastrophic worldwide phenomenon. Water Entanglement leaves us with an awakening message for us all about our relationship with water. It pulls us in to rethink about our connection with water and the power of water - Susan Ksiezopolski 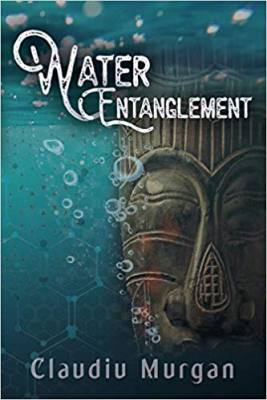