Mr. C.R. Gibbs is an internationally noted lecturer, exhibitor of historical information and artifacts, and historian of the African presence worldwide. He is the author/co-author of several books. He is the founder of the African History and Culture Lecture Series which, for nearly two decades,has regularly brought respected experts to lecture at public forums in the Washington,D.C.- Baltimore area. He has served as an assistant tecnical adviser to the Francis Thompson Company on a film entitled "American Years" and as a consultant to the DC Public School System, Georgetown University, Maryland Public Television, and the Smithsonian Institution.

He researched, wrote, and narrated "Sketches in Color," a 13-part companion series to the acclaimed PBS series "The Civil War," for the Howard University TV station. He has appeared on BET, C-Span, and The History Channel and is a D.C. Community Humanities Council Scholar.

The Smithsonian Institution's Anacostia Museum and Center for African American History and Culture features Mr. Gibbs among its scholars at the  museum's Online Academy.

- Justice Denied: The Roots of the Reparations Movement. 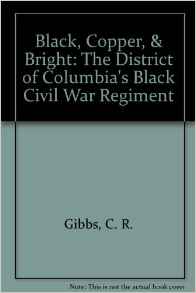