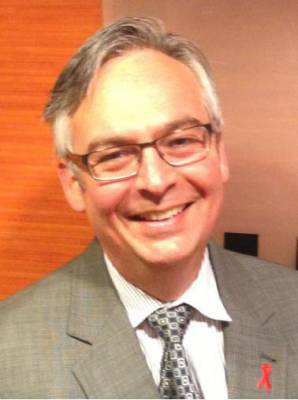 William D. McColl, Esq., the Vice President for Policy and Advocacy for AIDS United, has been an advocate on behalf of the HIV/AIDS community, alcohol and other drug treatment and reform issues and criminal justice reform for more than 20 years. He works on implementation of health care reform, strengthening Medicaid, Medicare and the Ryan White CARE Act, implementation of the National HIV/AIDS Strategy, syringe service program issues and ending HIV-specific prosecutions, increased punishment, and government-sponsored discrimination against people with HIV.

Prior to joining AIDS United, McColl worked to shape national policies on syringe exchange, treatment instead of incarceration and drug policy reform as the national affairs director at Drug Policy Alliance. As director of government relations and later executive director of NAADAC: The Association for Addiction Professionals, he worked on alcohol and substance abuse parity legislation and state level licensing issues. Earlier, McColl served in the U.S. Air Force as a Deputy Missile Combat Crew Member advancing to the rank of Captain in the U.S.A.F. Reserve. A native of Michigan, Bill earned his law degree at the University of Maryland School of Law where he wrote the first major law review article on drug courts. He also holds a B.A. in Political Science from the University of Michigan and an M.S. in International Relations from Troy State University.

AIDS United’s mission is to end the AIDS epidemic in the United States.