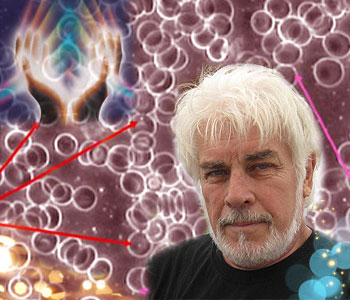 Bill Chastain was born in 1941 in a coal camp in Harlan County, Kentucky, but was raised in the Appalachian Mountains of Southwestern Pennsylvania. Bill then joined the US Air Force, an environment in which he thrived, and was promoted right out of basic training to become the youngest Drill Instructor in the Air Force.

After the military he took a job in an electronics factory, soon progressing into the research lab, then field project engineer designing and building steel mills and power plants. His company offered him a full scholarship to Pittsburgh University for engineering, but he turned it down.

Bill left Pittsburgh for Olympia, Washington where he managed very large pulp and paper mill construction projects. After forest products he entered aerospace, taking a job as a facilities worker in a Boeing Plant near Seattle. Soon he was managing projects, including the largest aircraft production facility in the world and the Boeing Japan Offices in Tokyo. After 13 years, Bill retired from Boeing as a self-taught Senior Strategic Analyst.

After Boeing, Bill traveled the world as an international trouble-shooter until 2006 when he returned to aerospace as a consultant with the Boeing Company. While at Boeing Bill began working with a medical discovery, later known as APeX. The first person exposed to APeX resolved their Stage IIIC Lung cancer in three months and word spread. Soon there were many cancer victims wanting to try this new discovery. Bill and his wife Emi decided to give up aerospace consulting and devote full time to APeX. That was almost five years ago.