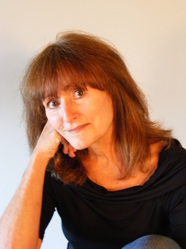 I was born in Greenwich, Connecticut, but moved to Pacific Palisades in southern California when I was three. My dad had an office in the house, but then built one in the back yard so he could find some peace to write by getting away from my sister, me and our menagerie of dogs, cats and even two pet rats.

Always preferring the East Coast, the change of seasons and the slower pace of small college towns, I remained in upstate New York to attend college. First Alfred University and then transferring to Elmira College where I earned a degree in Elementary Education with a minor in English.  Upon graduation I substitute taught, worked at a school for children with special needs, and then was a preschool teacher at Cornell University's Early Childhood Program & Cooperative Nursery School.

I have always loved writing. If my dad liked my writing he said so. Conversely, if not, he would declare it “interesting.” I wrote predominately poetry until I was published in The Twilight Zone, The Original Stories, an anthology, in which I adapted two of my father's teleplays, One for the Angels and The Changing of the Guard into short stories. The latter was subsequently published in The Twilight Zone Magazine. Additionally, I have had poetry published in The Cornell Daily Sun and Visions. I am represented by Erica Spellman-Silverman at Trident Media Group.

Recently I started work on a novel and continue to promote my father's legacy as a Board Member of the Rod Serling Memorial Foundation. 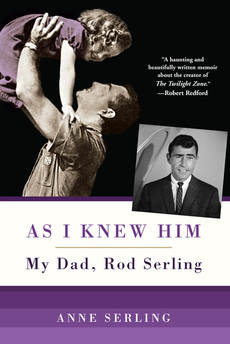