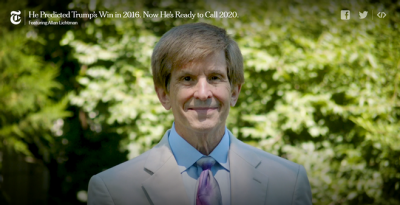 Allan J. Lichtman received his PhD from Harvard University in 1973 with a specialty in modern American history and quantitative methods. He became an Assistant Professor of History at American University in 1973 and a Full Professor in 1980, and a Distinguished Professor in 2011. He was the recipient of the Scholar/Teacher of the year award for 1992-93. He has published eleven books and several hundred popular and scholarly articles. He has lectured in the US and internationally and provided commentary for major US and foreign networks and leading newspapers and magazines across the world. He has been an expert witness in some 100 civil and voting rights cases. His book, White Protestant Nation: The Rise of the American Conservative Movement was a finalist for the National Book Critics Circle Award in nonfiction. He co-authored book with Richard Breitman, FDR and the Jews, won the National Jewish Book Award Prize in American Jewish History and was a finalist for the Los Angeles Times book prize in history. His book, The Case for Impeachment was a national independent bookstore bestseller. Lichtman's prediction system, the Keys to the White House, has correctly predicted the outcomes of all US presidential elections since 1984. He was listed rise.global as # 85 among 100 most influential geopolitical experts in the world and received the lifetime achievement award from Who's Who. 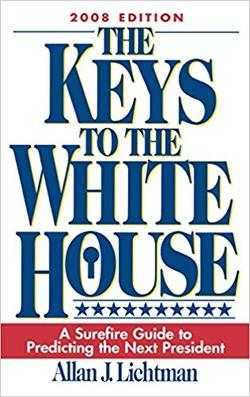