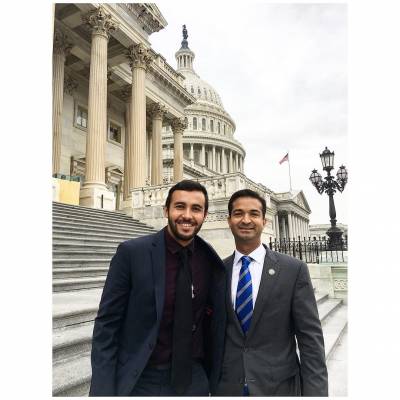 Adrian was born in Santiago, Chile and moved to the United States when he was three years old. Initially, his parents had only intended to live in Miami for five years so that they could work and save enough money and ultimately return to Chile. However, after years of assimilation, Miami became their permanent home. Growing up, Adrian played competitive tennis while also achieving great academic accolades during his primary schooling. Adrian was also able to attend secondary schooling at University of North Florida and St. Thomas University as a student-athlete by playing on the men’s tennis team at both universities. Although undocumented, he was able to attend school with private scholarships and graduated Cum Laude Honors from St. Thomas University in 2011 with a Degree in Communications Arts and a minor in Psychology. It was a great accomplishment, but unfortunately he could not exercise his degree because of his undocumented status. Thankfully, when Deferred Action for Childhood Arrivals (DACA) was passed in the summer of 2012, Adrian was able to acquire a work permit, social security number and a Florida Driver’s License. DACA changed his life because he finally felt like he was somewhat out of the shadows of his immigration status and felt like he could give back to American society. Today, Adrian is a professional tennis coach at the Biltmore Tennis Center and Salvadore Tennis Center.