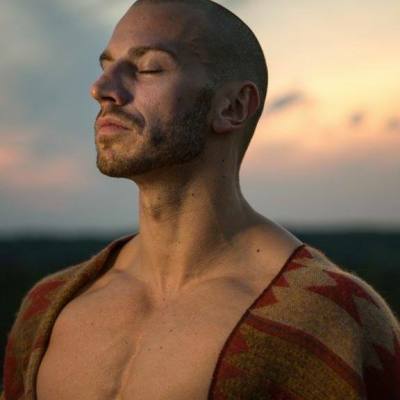 Adam is a former model, actor, and former alcoholic and addict. Meeting Arnold Schwarzenegger at age 6 thrust him into a fitness obsession. He joined the swim team at 5 and swam until he was 14. Actually, learning to swim at 6 months old in a water babies class. Track, cross country seamlessly transitioned all 4 years of High School. Ranking in state meets in both swimming, track, and cross country. Adam Gates began his modeling career at age19.

Adam refrained from drinking until he was 21…. However with Champagne flowing freely for models in VIP rooms …. A lifestyle that led to alcohol addiction. Friends applied heavy encouragement as social situations do. Adam slowly included heavy drinking in his social activities. Soon he was drinking nightly at home.

At the age of 28 while at the peak of his break into Hollywood, a combination of Black Mold inhalation and his alcohol addiction put him on death’s door. With a lowered immune system he was primed for a losing battle with any serious illness. Within six months, Adam lost 30 pounds along with his ego and sense of self. With doctors and specialists at a loss of how to treat black mold or heal him, he decided to take his health into his own hands.

He moved to Boulder in 2012 for a drier climate and became a hermit. Living on the computer researching every thing he could about healing naturally. He began to implement everything he could running tests on himself.

Slowly through his obsession, he found his formula to not only regain his health but completely turn his life around.

Adam Gates is now a successful small business owner entering his 4th year as well as the creator of Naked healthy. The information Adam learned while in his health cave for nine months has become his raison detre that brings him joy from being in service to others, leading them to a healthy and much happier life and turn their health around.

Now in its 7th-year Naked Healthy is the platform where Adam shared what he learned about maintaining a healthy fit lifestyle. He never realized how many people were as lost as he was when it came to what to eat when to eat, what to drink, how much alcohol is ok. Is sugar ok? How much should I exercise? How much should I sleep?

Being a model for 20 years was exhausting and he completely understood how everyone else felt. Tired, a little fat, and mostly confused. He has now dedicated his life to helping those within his reach became healthier so that they can become happier then treat themselves better, and others better as well.