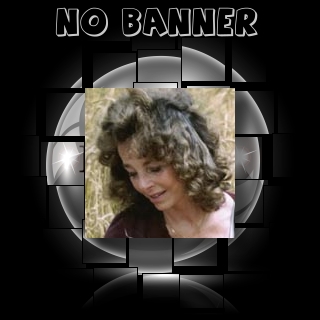 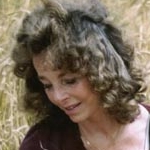 Earthfiles is a crossroads where experts, eyewitnesses and viewers meet to share the latest updates in earth and astronomical mysteries, in-depth reports that go beyond the 6 o'clock news. Earthfiles reporter and editor, Linda Moulton Howe, is an Emmy Award-winning TV producer, investigative reporter and author who goes directly to the men and women at the forefront of science and environmental challenges and to firsthand eyewitnesses of high strangeness. Earthfiles.com received an Encyclopaedia Britannica award for internet excellence in June 2000 and the WebAward for Standard of Excellence in 2003. 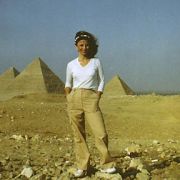 Linda Moulton Howe is a graduate of Stanford University with a Masters Degree in Communication. She has devoted her documentary film, television and radio career to productions concerning science, medicine and the environment.

Ms. Howe has received local, national and international awards, including three regional Emmys and a national Emmy nomination. Those films have included Poison in the Wind and A Sun Kissed Poison which compared smog pollution in Los Angeles and Denver; Fire In The Water about hydrogen as an alternative energy source to fossil fuels; A Radioactive Water about uranium contamination of public drinking water in a Denver suburb; and A Strange Harvest which explored the worldwide animal mutilation mystery which has haunted the United States and other countries from the mid-20th century to date.

Linda was honored with the Colorado Florence Sabin Award for "outstanding contribution to public health" and received three regional Emmys for Writing Achievement, Directing and Sound Editing for her documentary investigations: Fire in the Water, A Radioactive Water and A Strange Harvest.

Linda also received Ohio State Awards for Fire in the Water and Borrowed Faces and actor Robert Redford, founder of the Sundance Film Festival and prominent environmentalist, presented Linda with a Citizens Participation Award from the U. S. Environmental Protection Agency for television documentaries about air pollution and energy alternatives to fossil fuels.

Linda has also received national and international honors including the Cine Golden Eagle presented to Borrowed Faces for "excellence to represent the United States in international motion picture events abroad."

In 2001, Linda was investigative reporter in Laos for a television program about the "wildmen" (large, hairy hominoids) near the Vietnam border broadcast on The Discovery Channel 2001-2002.

Linda produced an update to her original documentary, A Strange Harvest, about the continuing worldwide animal mutilation mystery in her independent production, Strange Harvests 1993. She also contracted with Paramount Studios as Supervising Producer and Original Concept creator for an hour special based on her Earth Mysteries program. That hour, UFO Report: Sightings, was first broadcast in October 1991 and led to the Sightings series on the Fox network.

In July 2003, Linda traveled to England to report about the proliferation of crop formations and associated small, mysterious lights there and in other European countries. In February 2003, Linda traveled to Corguinho, Brazil, to collect physical evidence related to unusual phenomena for scientific study. In August 2002, Linda traveled to Norway to join physicists and engineers in the study of "thermal plasmas of unknown origin" in the Hessdalen valley; in June 2001, Linda traveled to Hong Kong and Laos to do on-camera reporting for a new Discovery Channel television series, Modern Mysteries of Asia.

Linda has written four books: An Alien Harvest which investigates the worldwide animal mutilation phenomenon and Glimpses of Other Realities, Volumes I and II which concern U.S. military, intelligence and civilian testimonies about other forces that interact with earth life. Her fourth book, Mysterious Lights and Crop Circles, was updated in a 2nd Edition with expanded 2001 content and released in July 2002. It is an investigative report about scientific research of unusual formations in cereal crops and grasses around the world and videotapes, photographs and eyewitness descriptions of mysterious small lights associated with the enigmatic crop formations.

Linda continues to write, produce and speak at national and international conferences and symposiums, including NASA's Goddard Space Flight Center. In addition to producing, reporting and editing Earthfiles.com, she also produces, writes and reports for television and radio, including segments on The Discovery Channel and weekly science, environment and earth mystery news for the nationally syndicated Clear Channel's Coast to Coast AM and the internet's Dreamland Online.

She has been interviewed for a Larry King Live special about Nellis AFB's Area 51 (Dreamland) in Nevada; Day & Date, CBS; Strange Universe, FOX; NBC's The Other Side, cable's Montel Williams; Britain's Union Pictures and Learning Channel TV special Evidence On Earth; and for the companion tape of NBC's network television special, The Mysterious Origins of Man.