Rolling Your Own Oats 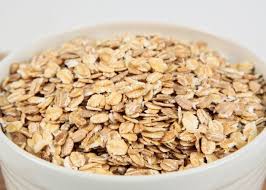 I found that they are so much sweeter tasting than the rolled oats you buy at the store. You see the oils in the store bought rolled oats have dried out. To make them store longer and not spoil most of the rolled oats you buy go through a baking oven when first rolled. Then they sit on the shelf. But they have a bitter taste. Most people do not even notice it. The only way you would know that is true is if you were to roll fresh oat grouts yourself and then taste the difference.

Hydrogenated oils are very damaging to our system. I get them from fast food, but can also get them for over heating good oils.

I have had some say I am crazy for rolling my own oats, when I can buy them right in the store. Why go to the trouble? Developing my new methodology and diet I found it to be much more healthy to eat fresh rolled oats. Ok, I admit it, just like I said in the earlier letters, I became obsessed with recovery; I became a fanatic because I hit a healing plateau and was not making enough progress. So looked at everything, tore everything apart to find what made some techniques and diets successful and others not. Mainly I was obsessed why I stopped making any further progress. I wanted to get well. Let me ask you this: What if the doctors, family and friends all called you delirious and said you were going to die? I had so much ridicule. If you don't know how this happened I will share with you. If you do know, please bare with me for a few paragraphs.

In 1992, I was sick and went to stay with my brother in Jackson, MS and there at the University Mississippi Medical Center I had an extensive physical. Complete blood work showed a high liver enzyme level of over 1500 and Hepatitis C. More test were run. Then the viral load came back at over 12 Million HCV. The head of gastroenterology soon performed a liver biopsy that revealed 96% scar tissue. They said with only 4% liver function, I was in trouble and gave me 6 to 8 months to live and that a liver transplant was my only hope to survive. And yes, after studying all their information on transplants, hepatitis C and interferon, a decision was made.

At that time one of the articles I read was about a baboon liver transplant and how the medical community declared it to be such a break through. Well, I was not particularly impressed. Why would anyone want a baboon liver? I guess that is just me. But let me ask you, honestly, would you want a baboon liver? All I heard from them at the medical university was “you need a transplant.” I said ok, show me your research. Then she got angry with me, I guessed because I questioned her recommended course of treatment and wanted to read up on it. I said; “this is the University Hospital and you are professor of gastroenterology correct?”  She said, “yes”, so I said, “well show me the studies, maybe you have a text book about this, get me the book, I want to read it”. She did not expect that. I remember a prepper friend of mine said they are dumbing us down and don’t want us to think on our own; they want us to be robots. The head of gastroenterology got upset because in reality I just did not do as she said and get the transplant. Oh yea, I believe my prepper friend now and I am glad I got that material on transplants, the drug treatment, hepatitis and cirrhosis. If they were going to take my liver, I felt like I had every right to know more about what they were going to do. Wouldn’t you? After all I know that once you are under anesthesia everything and everyone follows the doctor’s orders. What if the doctor said; “Ok, this first liver is not working, call the zoo and bring in Camba the baboon, we need his liver, to save Johnny.” Oh no, not for this kid! I was not going to take any chances.

I came back in a few days and picked up the material and went home and studied it with a fury of a wild hungry dog finally eating his long awaited meal. Remember, this is back in 1991 and I read in the documents that most transplant recipients do not live longer than 6 years. One quote really stood out for me and said - “Patient B rallied in the beginning of year 6 before he died, what a miracle.” Well to me that is not a miracle, the guy died! The drug therapy interferon research had a quote I will never forget, it said "on the good days, the patient may suffer flu like symptoms and suicidal thoughts were common." My first thought was "what were the bad days going to be like? Cause I am thinking I am pushing daises 8 feet under after 7 years for sure.” I just was not keen on this course of treatment. To me, it was stupid. Presently, I did not feel good and they said I could die from liver failure at any time. Here is my big question; why would I want to take something that made me feel worse? Flu like conditions on the good days, huh. Plus, they said I was an O positive blood type and I would have to wait longer for my O positive liver possibly for 14 to 16 months. When they gave me 6 to 8 months to live, the math does not work for me, it just did not make any sense.

You see I had no insurance. I went back and told my doctor that I decided not to do the transplant or the interferon. Well she got angry, her face turned from ivory to a pink glow. She said “so what are you going to do?” I said “I was going take herbs.” She started yelling at me saying "you’re just too sick to make these decisions, you are just delirious!" Then her interns start fussing at me too; I started thinking how much I did not like these people. If I was going to die no matter what, I was better off without them, at least I would avoid suicidal bad days! With everyone fussing, I wanted to cover my ears to tune them out and I started thinking, I have to get out of here. In my mind I thought I was going to die anyway, but I want to do it my way and keep my own liver. It was like I was marching off to the Civil War when so many died and I started singing out loud, "when Johnny comes marching home again hurrah" just to tune them out and started walking away, when I opened the door to leave, the head doctor yelled back at me "alright Johnny Delirious you go out that door, you’re a dead man, you are going to die."  Now you know how I got my name.

If you decide to live like I did then you would look at everything to heal, right? Well I sure did. Then in 2009 I published my bestselling book Hepatitis C, CURED and pen named Johnny Delirious as the author. It’s funny, now my new friends who call me Johnny Delirious are great supporters. All the ones before who ridiculed me and called me delirious before, however now they HATE my pen name. Isn't that hilarious! My supporters love my name and I do too. The ones who first called me delirious are still stunned when I had full recovery over 22 years ago. Well I have to make it fun since there are always people in this world who will criticize anything and anyone. But my story is all true. Life is good, I still have my own liver and no virus and no cirrhosis!

If you are part of a nutritional CoOp like I was or you have a source for bulk whole grains you can order raw oats. I keep them in the freezer and when I eat oats for breakfast, I put some out the night before in the refrigerator. The next morning they are thawed and I roll them through my mill. I found that they are so much sweeter tasting than the rolled oats you buy at the store. You see the oils in the store bought rolled oats have dried out. To make them store longer and not spoil most of the rolled oats you buy go through a baking oven when first rolled. Then they sit on the shelf. But they have a bitter taste. Most people do not even notice it. The only way you would know that is true is if you were to roll fresh oat grouts yourself and then taste the difference. Not getting those baked bitter oils is so much better for your health and your liver. Because fresh rolled and is never bitter. The oils are sweet and good for you. It turns out that I stopped using sweeteners altogether because I did not need them and with just cinnamon it made it sweet enough.

The same was true with other grains like rye. Winter wheat was too hard, but if I got the light summer wheat sometimes I could roll it, compared to winter wheat, the summer wheat was a little easier. But generally I do not eat much wheat. Rye and oats were my favorite, they are rich and fulfilling fresh rolled for breakfast.  Many times I would roll several different grains to change it up and give more variety to my breakfast. You would be surprised how filling and satisfied a meal like this is.