If you don't save your liver who else will?

This article is for the fighters who want good health
Summary

At work here were two important strategies: one was following through with my determination to survive and the other was to find what therapies worked. Determination was the drive for my mind and I found the healing protocols from the lab and put them to work for my body. Now I had a road map follow. I knew the key was hard work and a harmony of body, mind and spirit.

Our lives are bombarded by the advertising media wanting to sell us a product that will cure our problems and diseases. They really push hard. Bottom line is - just buy it. Many of the sales occur out of impulse and I think everyone can relate to what I am talking about. It always amazes me to see the “new and improved product, now with spearmint flavor!” Most of those new flavors to make the product taste better are artificial. Regrettably, its not real spearmint; not what my mother and grandmother used from the back yard. As a Master Survivor I don’t think my body wants more chemicals, it wants wholesome meals and nutrition. I know I feel better when I eat foods that are free of chemicals. Maybe that is why I have so many good memories visiting my GrandMa; everything on her dinner table was from her garden and free of all chemicals. She did the garden just the way her daddy taught her to do. Today, they would call her garden organic.

The key is not to burden the liver and keeping it balanced and healthy. Long ago they called it the liver because it helps us live. Modern times has lost the appreciation for the most important organ. The simple maintenance to be healthy is gone, not seen since long ago. I rediscovered this simple maintenance when I found the liver could save my life, when at my lowest ebb it was the one thing that was going to kill me. This article is for the fighters who are serious about good liver health in tough times.

Many in our society today are being taught not to think on their own. Recently at the Prepper Expo, I heard the expression, "They are dumbing us down." The guy said to me, "They don't want us think on our own." Ironically, that really got me pondering. One good reason I have found that convinces me that is true is when I was remembering a primary school book my grandmother showed me when I was very young. I believe it was from the 1920s when my mother went to elementary school. It was called the "3 Rs" - Reading - Writing - Arithmetic." She said I was the right age to start with that book. I could not believe how difficult it was. The sentence structures and concepts were way more complex than those I was used to. No illustrations and no side bars made reading this book a task, and frankly, I gave up on it. During those times growing up, I just followed the latest trend in school because it was the new thing. More and more as I got older I learned that in order to stay out of trouble, we were supposed to comply and essentially become a society of robots. Coming up with new ideas was something to keep to yourself in order not to be ridiculed or stay out of trouble.

Maybe my Prepper friend at the Expo was right. Society is dumbing down. Once I became a teenager I thought I knew more than my parents. This was the rebellious 60s. Nothing made sense to me to just follow along like a sheep, and soon after that I began to question everything. In my first year of college, I made "A"s in my philosophy course but in that first year, it was down hill in all the other subjects. So as a thinker, I dabbled in just about every subject, lifestyle and chemical. How I made it through alive is beyond explanation, but what I learned is that survival is the key. The rest is history.

After I went straight in 1991 I got the death sentence in 1992. Then they wanted to take my liver, but I walked away and studied my own way of healing. In those days, I remember what my sponsor in AA in Jackson, Mississippi, told me, "You should not worry about how the body works or study all these remedies. That is why we have doctors. Let them worry about all that; just do what the doctor tells you to do." Well, the doctor told me to get a liver transplant or I was going to die. I made up my mind that I was not going to do either one. My determination to get well outweighed the popular notion of just following the Doctor's advice. I guess I just did not make a very good robot in order to be normal in a dumbed down society. But more importantly, I found a way to live and to be free of the virus and cirrhosis.

At work here were two important strategies: one was following through with my determination to survive and the other was to find what therapies worked. Determination was the drive for my mind and I found the healing protocols and put them to work for my body. I knew the key was a harmony of body, mind and spirit. Sounds simple enough but how often do one of these two hold you back from your goals. Have you ever been depressed and not wanted to follow through with things that needed to be done? Or, have you been too tired and did not want to do anything? Gosh, I sure have on both of those.

So what kept me going? The short answer was the ridicule! With 96% scar tissue and over 12 million viral load they said I had only 6 to 8 months to live but I refused the drug treatment and the liver transplant. The head doctor said I was not thinking right and that I was delirious. From then on everyone said I was delirious and I was going to die. To them I was a zombie.

At first it made me angry, but then in my spirit I found peace. I decided and knew I was going to live! Growing up I heard my father say the patients he helped in the hospital who were the fighters survived. Bruce Lee, a true fighter and one of my greatest mentors, said, " The "body follows the mind." I also learned from many miracle recovery survivors that being happy was the most important thing. I had to put it all together in what I called Johnny's 80/20 Rule. The 80 percent was attitude; making a decision to live, being happy while you are fighting, and becoming your body's best friend. The other 20 percent was the new protocol I developed in my Master Survivor Therapies--practicing the diet, cleansing and exercise to raise the immunity response. When I fully applied these new protocols, I went from 5.4 million viral load to non detectable. I was so happy! Heck, I started out at 12 million viral load and 96% scar tissue! Everyone said I would die. I just could not listen to them anymore.

Now I had a road map to recovery, something that made sense to me. It provided a clear path to a long life without hepatitis or cirrhosis and a healthy liver. It was a path that I traveled and came out successful on the other side. Today I am over 67 years old and may have lost most of my hair and hormones, but I can still run 6 miles in less than an hour and have vibrant health from my delirious recovery. Do you think it is worth it to be delirious? You bet it is! 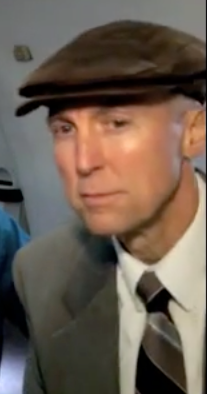