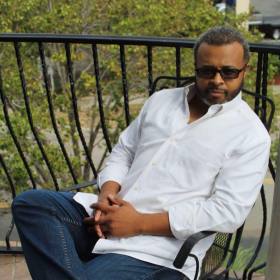 This is a request for John Wayne S. III to be a guest on your radio/podcast program. He is the Producer/Director/Writer of the film Red All Over.

"Red All Over" is being released on DVD and streaming platforms June 18th, 2019.  The film is about a young boy who accidentally shoots a girl. It is told from both the shooters and victims point of view. Red All Over explores both sides of the gun violence issue. It takes the focus off the crime and gives the narrative to those involved. Red All Over also highlights the silent predator that is bullying. The stress it can put on someone and how it may channel emotions in a sometimes unproductive direction.

This film is a great conversation starter to encourage youth and community leaders to open up about possible solutions.

No matter what our plight in life is, we all have a story.  One persons perspective does not have the precedence over another. Crimes of the soul, mind and heart come in many colors. The issue of gun violence is a political, moral and personal debate in our country. In this film we invite the audience to understand both sides before choosing one.

You can view the current film trailer at http://www.RedAllOverFilm.com

If you have interest, please reply to this email to schedule a screening.

In advance I thank you for your time and efforts.

John Wayne S. III (JW) is a storyteller, film-maker, producer, and director of the critically acclaimed indie film Red All Over. Over his two decades-long career, JW has built a solid foundation of trust and expertise, thanks to his experience in multiple aspects of both the film and music industries. JW’s fiercely unique work draws the audience into the realistically hard-hitting worlds of film, music, and television.

JW’s remarkable career in production and film began as a production assistant for director George Tillman Jr’s (Soul Food and Men of Honor) first feature length film, Scenes for the Soul. When production of the film wrapped, JW then explored the music industry with Grammy-nominated producer Steve “Silk” Hurley, and eventually became Director of International A&R, supervising agents in both the UK and Japan.

Encouraged by his growing knowledge and intimacy with production and publicity, JW joined forces with director DA Bullock to produce music videos. Shortly after that JW started JWS Productions. Since its inception, JW has produced over 200 music videos, 70 commercials, and a variety of media projects with BET and The Colours Network, respectively, to develop programming.

Ten years later, JW became President and General Manager of DL Records, where he guided the label’s trajectory and helped propel its artists into mainstream media. JW’s time with DL Records generated the hit single, “We Don’t Play Dat”, which was produced by Lil John and featured Bun B of UGK.

Content with his successes in the music industry but longing for more, JW was eager to return to the frontier of documentary and feature films. He started Londyn Town Pictures in 2009 to produce Last Step Before Reality, a documentary that followed 6 young adults, aged 18-20, attending an alternative school. For several years after finishing this project, JW searched for the right opportunity to pursue for his first feature before choosing the prolific script for Red All Over, which highlights the ever-growing aspect of gun violence and its consequences from an alternative point of view.

Aside from JW’s film directorial debut with Red All Over, he continues to produce and direct several other film and TV projects. When JW isn’t immersed in the world of independent cinema, he enjoys cycling, cooking, reading sci-fi mysteries, and spending quality time with his daughter, Londyn, in their Houston, Texas home. 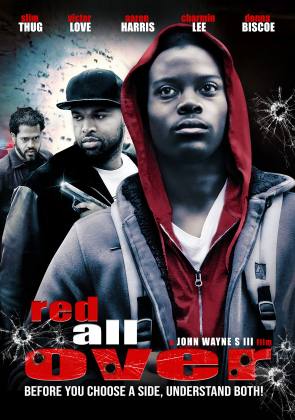