A quick breakdown and suggestions for possible discussion on the show is given below Dogon Tribe of Mali's connection to Ireland's ancient sites Megalithic Links with Dogon Symbology and Associated Rock Art First Section Ancient cultures around the world are being re-evaluated as more advanced than first portrayed. Newgrange and the megalithic constructions are becoming more complex the more we study them. The Atlantean connection is explored as I unveil my ‘refugee by boats’ theory linking other European sites. An Atlantis connection has long been supposed with the ‘Tuatha De Danann’. Did descendents of the Dogon or their teachers’ aid the construction of Newgrange and other Megaliths? is there a connection to Passage grave sites in Alcalar Portugal? Hy brasil aka the ‘Other Atlantis’ explored as possible origins and links to a sunken landmass off the Irish coast known geologically as ‘Porcupine Bank’. The Dogon Tribe of Mali are highly controversial they maybe under threat of survival today from external pressure, will the world soon lose a strong connection to it's lost history? It's a miracle they have survived this long! Archaeoastronomy is providing new insights into ancient cultures outside mainstream archaeology, how is this happening? Precession is the key to unlocking mysteries of ancient cultures proving ever more valuable with each worldwide discovery or topic of research. Second Section Our ancestor had advanced knowledge compiled from centuries of research though few if any researchers today talk collectively of their Cosmology. I have treated Passage Graves as ‘astronomical observatories’ first and as tombs second. Mainstream archaeology has failed to address this in Ireland. Lunar Observations: depicting complex cycles and knowledge, Links to Sirius, I have showed Newgrange as a likely ‘Precessional Calculator’ in stone using Sirius. The Pleiades Constellation was revered and most likely used to observe precession and moon cycles. ‘Triple Water Waves’ logo appears at passage grave sites, one water wave drawn directly under each other three times; also this is Dogon art and an Egyptian hieroglyphic symbol. ‘Dogon Sun-wheels’ are logos directly related to Megalithic Art and also with Ancient Egypt. Callanish Stone Temple is linked with Newgrange in folklore and megalithic construction and also linked with a ‘Black Race’ of builders who came by boat; this could well be Dogon ancestors.

James Swagger was first introduced to topical science writing for a historical mysteries magazine in Ireland. Sadly it doesn't run anymore but it did wet his appetite for researching ancient knowledge and lost science in a professional sense. Initially it was for a favour due to his science and engineering background, although his career in this field soon took him away to Europe. James trained as a Systems Analyst in the energy industry. He has a taught Masters degree in engineering, a Bachelors degree in Physics with astronomy, and a Masters degree in Science, Research and Society. Initially James Swagger sought out the megalithic monuments of Western Europe in his spare time traveling around the UK, Ireland, and Denmark. His embrace of a multidisciplinary approach to the research of megalithic sites, and the larger view of 'passage grave cosmology' produced his first book, "The Newgrange Sirius Mystery: Linking Passage Grave Cosmology with Dogon Symbology". He also hosts his very own internet radio show called Capricorn Radio, which explores historical mysteries. He interviews fellow authors’ to unveil the true cultural blueprint of humanity. History has always been a passion for James from early on, most notably Egyptology, Assyrian, and Akkadian civilization of the middle-east. The megalithic civilization that dominates most of Western Europe also played a major role when James was growing up. James was born to Irish and Danish parents, whereby both countries host large numbers of well preserved passage graves and megaliths. He had spent equal time in both countries growing up and we would regularly take the ferry run from Ireland to Brittany to get to mainland Europe. It was on one of these journeys to Brittany that he stopped off in Carnac. It was then in his middle teens, that the mystery deepened for him. He realised for the first time the scale of the megalithic civilization, that it was lost, and that in the modern world we knew absolutely nothing of it. It wasn't until much later that he would research the megaliths in depth. Admittedly James finds the glory of Egyptian and Middle Eastern civilizations much more alluring than the megaliths. The mystery of the megaliths however are his first true calling in terms of research. 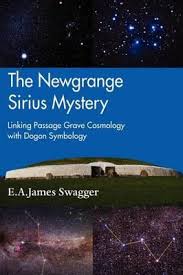