How the WTC Was REALLY Demolished: Image-rich Analysis Order paperback ($17)

With a Ph.D. in Applied Physics from Caltech (1978) & 40 years research experience, this book (like my previous published books) demolishes the NIST Reports put out by the government. It shows neither planes, nor the fires they created, nor lasers, nor nuclear explosions caused the Twin Towers & WTC-7 to fall, but 2 types of non-nuclear explosions did.

One type of explosion caused the tremendous white dust clouds that pervaded south Manhattan after each Tower collapsed. The other type of explosion produced the melted metal & extremely hot environment after 9/11.

Crockett Grabbe (web/pen-name SeaLane Gray) received his PhD in Applied Physics from Caltech in 1978, having received Bachelor of Science with Highest Honors and Master's degrees in Physics from the University of Texas. He is an experienced scientist who does research & consulting in applied physics (particularly plasma physics), as well as writing and speaking on physical science and technology-related issues, including the current-events issue of the World Trade Center collapses on 9/11. This is in spite of adversities he has had to tackle: Crockett recovered from first a large pituitary tumor, and later a cerebral hemorrhage, receiving several disabilities from both experiences. Despite these traumas he has overcome several barriers and become a productive and respected scientist, writer, and speaker -- having published over 100 scientific papers and 10 books (5 for the general public and 5 for scientists), and about 30 other general articles.

Crockett recently moved his business SeaLane Research and Consulting down to Austin, TX from Iowa, where he was a research scientist (for 29 years) at the University of Iowa, and consulted and trained with American College Testing and other businesses in Illinois, Iowa, and Wisconsin. He has spoken at places across the country from California to New York, in several European countries, and in Israel and Canada. He is a member of the National Speaker's Association, the American Physical Society, the International Union of Radio Science, the Institute of Electrical & Electronic Engineers and the Writer's League of Texas. He has been honorarily profiled for several years in Contemporary Authors, Writer's Directory, and Who's Who in Science & Engineering. 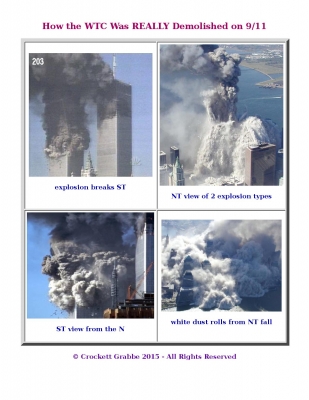