The Message with Carolyn Evers 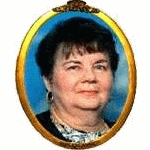 What I attempt to do in this series is to use the messages that I have received from the Spiritual Hierarchy, along with my own personal past life memories, and weave this information with current events, news stories and scientific confirmation. There will be times when I will read from the Earth records to give a deeper understanding of planetary history and current events.

Currently I am working with the Mary/Michael lines of England and the telluric Earth energy of France as they are aligned to sacred sites and Gothic Churches. I remember several lifetimes being a Templar Knight holding a high level of responsibility, and working with some of the secrets that the brotherhood was involved with. The science concerning Earth energy was used in the Gothic Cathedrals, encoded in their buildings, used for spiritual advancement, and this information has lain dormant for a long time.

Now I am working with this project as I feel these healing energies and abilities should come into the conscious mind again as this is the time for these mysteries to be resurfacing.

Jesus, Julius Caesar and Pope John Paul II have been suggesting that we live within our means and put some resources aside as there will be financial struggles in the near future. We are using their messages and pointing to the weaknesses in the economy to help us prepare.

I have received much information from many heavenly sources regarding Earth changes. We have already shared messages about HAARP and the crisis at Yellowstone National Park. Mother Mary has told us that this next year will be a challenging one and has tried to get our attention by displaying tears of human blood coming from the eyes of her statues.

I recently gave information regarding what is occurring in the Atlantic Ocean and how scientists forecast hurricanes. Their studies indicate that there will be much activity in this year. Recently the New England area suffered from flooding from a rain system that continued to circle over the land bringing water from the Atlantic Ocean. From space this system appeared as a weather pattern similar to a hurricane system. We will continue to try and keep abreast of these changes as we see more volcanic activity in the Ring of Fire.

My name is Carolyn Evers. I have developed my gifts over many lifetimes  working for spirit. Besides the many books given to me from the Masters, I am a conduit for their conference calls. The energy from the Masters such as Jeshua, Master Kuthumi, Mother Mary, Pope John Paul II, and Archangel Michael, and now Archangel Metatron comes to you who attend the conference call, through my physical body. I hold the space between them and you where you can not only feel their energy, but you can grow spiritually from their great knowledge and compassion. I believe these are life altering experiences and urge you to join us.

I have the ability to send a portion of my mind to the center of the cosmos where soul records are held in trust for Source by the cherubim angels. This is your record from the very first moment when Source called your soul from out of nothingness to the present moment. The information that you can find about yourself in your records again can be life altering.

My mission is to work with Masters and Archangels bringing forth information from the higher realms. I remember many of my past lifetimes where I was sent to Earth to help bring in a Golden Age. This is another opportunity to continue this work for we again approach another Golden Age. I always come with my Soul Mate who this time incarnated as my son in this lifetime. He is now in spirit and helps with this work from the other side.