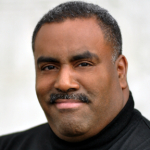 The Albert Lewis Show - Uncensored is a no holds bar, in your face, tell it like it is radio show  -  displaying a sense of humor and timing honed over years in the cauldron of local and national radio talk show experience. Albert connects with his audience in a very personal way by creating compelling programming targeted at the issues men and women all over America truly care about. He has used his program to shine the white hot light of scrutiny on extremist groups and political charlatans. Listeners have shared the joys and sorrows of Albert’s family life.

Albert doesn’t just jawbone the issues - he regularly takes his audience wherever major stories are happening. The Albert Lewis Show is second to none in bringing his radio audience live reports from the scene of major events wherever and whenever they happen.

He’s not a republican or a democrat. He is an American who wants to capture the spirit of our forefathers. AMERICA FIRST there is no place for crap talk. Gone are the days when people were first and second. Now it’s all about special interest groups and pals in Washington.

Lets take it back, THE ALBERT LEWIS SHOW – UNCENSORED 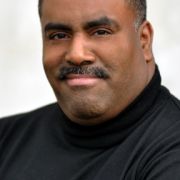 Albert Lewis, started his radio career back in 1981 as a 16 year oid intern at WBLS in New York. As an intern for the infamous Frankie Crooker, Albert was able to learn much about the industry. After studying a few years at Kingsborough Collage for broadcast management, it was time to hit the road. Albert Lewis captures his audience with his God given voice and humor.

From 1998 through 2010 Albert has worked for various radio outlets. He was the Program Director and afternoon drive time personality on WTHE 1520 until 2001.

From 2001 until 2003 Albert was the morning man at WNYG 1440 and later did afternoon talk. Talk radio is where he found his niche. Most recently he was on the air at WGBB 1240AM where he homed in on his skills as a talk show host. Along with Deidra Johnson and Paul Presley, the show evolved to what it is today.