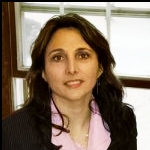 Deborah Levine Herman is a writer and literary agent. She is a contributing editor to the Industry Opus written by her husband and partner Jeff Herman, The Writer's Guide to Book Editors, Publishers, and Literary Agents and coauthored Write the Perfect Proposal and You Can Make It Big Writing Books.

Want to publish your book? Learn how; it's easier than you think! Charismatic authors and literary agents Jeff Herman and Deborah Levine Herman have successfully sold hundreds of titles and learned "through trial and error" how to write a flawless book proposal that publishers can't resist. Now you can benefit from their hard work and publishing savvy. In this new edition, they offer guidance and advice that will inspire, educate, and, most importantly, give you the necessary edge to get your book published. 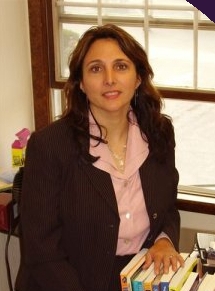 Deborah Levine Herman is a foremost expert on spiritual writing and publishing. A twenty-year veteran Literary Agent, Herman wrote the book “Spiritual Writing from Inspiration to Publication,” in the year 2000 before the explosion in the mind/body genre. It is due to be reintroduced “with updates for the digital age,” in Autumn, 2011. Herman, a Mystic-Medium-Animal Communicator, was a pioneer of the “New Age,” phenomenon in the late 1980′s and ran her own Holistic Center in Columbus, Ohio. She was the co-host of a popular cable television show and has been conducting spiritual readings and consultations since her mid-twenties. She currently hosts a radio show on Thursday evenings at 6 PM Pacific / 9 PM Eastern with live call in. While on the air she uses either her clairvoyant-mediumistic gifts to answer questions or the oracle deck she created. She also includes guests on her shows pertaining to spirituality.

Herman is a Graduate of the Ohio State University College of Law (JD) with a Dual Degree Masters of Journalism (MA). She’s the author of 10 non-fiction titles with major publishers running the gamut of “The Complete Idiot’s Guide to Motherhood,” and “A Simplified Guide to Writing a Personal Will,” to “Spiritual Writing from Inspiration to Publication.” The Common thread in all of Herman’s writing is her infinitely readable way of synthesizing complicated material. Many reviewers refer to her as a self-help guru. Herman has taught classes on writing and spirituality throughout the country for the past two decades.

Deborah Levine-Herman joined the Jeff Herman literary Agency LLC, in 1990 as an agent primarily focused on project selection and development. She co-authored with Jeff Herman Write the Perfect Book Proposal: 10 Proposals that worked and Why.

Herman is an intuitive who often uses her gifts to help writer’s discover their authentic selves. Levine-Herman speaks throughout the country on such topics as book proposals, writing as a spiritual journey, how to get published in the religious or spiritual markets. Herman also lectures on more esoteric topics such as the process of Soul-Odyssey which she believes explains why we are here and what we should be doing about it.Her interests include jewelry making, horses and automatic drawing. Her artwork forms the basis of her oracle deck.

Herman resides in Stockbridge, MA with her husband, Jeff Herman.