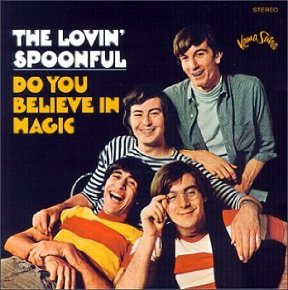 Very special thanks to John's management David Bendett  Artists for setting up this interview with John Sebastian and to Doug & Don Newsom with BBS Radio for making it all happen every show!  Join me bi-weekly Monday’s at 3pm pacific/6pm Eastern on The Ray Shasho Show. If you have comments or suggestions or would like to be a guest on The Ray Shasho Show call 941-877-1552 or email us at ray@publicityworksagency.com. 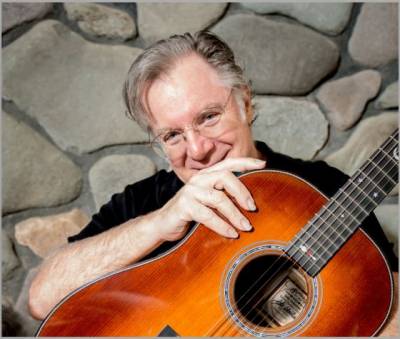 FOR THE LOVIN' SPOONFUL

AND 'WELCOME BACK KOTTER' THEME SONG

Over four decades the contributions of John Sebastian have become a permanent part of our American musical fabric. His group The Lovin' Spoonful played a major role in the mid-'60s rock revolution, but what leader, singer and songwriter Sebastian had in mind was actually a counter-revolution. "We were grateful to the Beatles for reminding us our rock & roll roots," John explains, "but we wanted to cut out the English middlemen, so to speak, and get down to making this new music as an 'American' band." This the Lovin' Spoonful did like nobody before or since, putting their first seven singles into the Top 10. This was unprecedented, and utterly unthinkable at the height of Beatlemania. At first they'd taken older material from blues, country, folk and jug band sources - what we now term "roots music" - and made it sound modern. Then, in a series of original songs composed and sung by John Sebastian, they did the reverse, creating thoroughly modern music that sounded like it contained the entire history of American music. Which it did. You know the songs by heart: "Do You Believe In Magic?" "You Didn't Have To Be So Nice." "Daydream." "Younger Girl." "Did You Ever Have To Make Up Your Mind?" "Summer In The City." "Rain On The Roof." "Nashville Cats." "Six O'Clock." "Darling Be Home Soon." "Younger Generation." These songs did more than simply answer the British invasion, they carried the musical tradition into the future. This music had an immediate and indelible impression on the public consciousness, but John Sebastian was already a name well-known to the cognoscenti.

He was born March 17, 1944 in New York City. His father was a noted classical harmonica player and his mother a writer of radio programs. Regular visitors to the family's Greenwich Village home included Burl Ives and Woody Guthrie, so it was no surprise when young John became a fan of, and then a participant in, the folk music revival that swept the nation in the late '50s.

Making his bow as a member of the Even Dozen Jug Band, his skills on guitar, harmonica and autoharp soon made him a sought-after accompanist on the Village folk scene, working with Fred Neil, Tim Hardin, Mississippi John Hurt, Judy Collins, Bob Dylan and many others. So the Lovin' Spoonful was not his first act, and it certainly wasn't its last. After leaving the group he founded, he bore witness to another turn of the musical zeitgeist with his performances at massive festivals like Woodstock and its English equivalent the Isle of Wight. He had been involved in music for films (most notably Francis Ford Coppola's "You're A Big Boy Now" and Woody Allen's "What's Up Tiger Lily") and Broadway, but when producers of a TV show called "Welcome Back Kotter" commissioned a theme song in 1976, Sebastian's "Welcome Back" became a chart-topping solo record. Throughout the '70s and '80s he continued to record and tour, pleasing old fans and winning new ones.

There's no telling how many aspiring musicians have been nurtured by his instruction books for harmonica and guitar, but he aimed to inspire an even younger audience with the publication in 1993 of the delightful children's book "JB's Harmonica." The '90s also saw John return to the group format with the J-Band, a contemporary celebration of his jug band heritage. The acclaim the group received was gratifying, but bittersweet. The group's albums contain some of the last recorded performances of blues pioneer Yank Rachell and washtub/jug virtuoso Fritz Richmond. Thankfully John's induction into the Rock " Roll Hall of Fame in 2000 hasn't slowed him down. Whether the stage is at Carnegie Hall or a folk festival in some far-flung locale, John is still out there spreading his gospel of American roots music. He is the subject of the current PBS special "Do You Believe In Magic: The Music of John Sebastian," and a new album of duets with David Grisman is due later in 2007. He has also lent his music in support of social, environmental and animal rights causes.

Recently he joined a delegation of songwriters (including Lamont Dozier, Allen and Marilyn Bergman, and Mike Stoller) in Washington, DC to campaign on behalf of the National Music Publisher's Association. Perhaps because it has been the product of heart and soul and history, the oldest song in the Sebastian catalog is as fresh and vital as the song he's about to write tomorrow. That's why you still hear his music everywhere - in movies, on television, in cover versions and samples - and why it's always welcome. John is also a welcome media presence; his commentary, insights and anecdotes and stories are regularly featured in print, radio, TV and film documentary projects. John Sebastian is not only a master musician, writer and performer, he remains one of the best ambassadors American music has ever had. 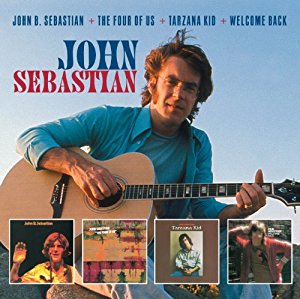