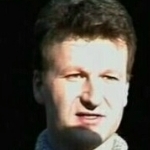 Hello, my name is John Kuhles, i am from the Netherlands, born in 1966.

I am an independent 'detective like' UFO-researcher for 16 years now.

Filmed 2 times an UFO, one making 90 degree turn and the other was a succesfull CE-5 initiative, it changed my life forever... ALSO (!) because of my Near Death Experience (NDE) when i was 5 year old, I had already a different view on our so called "education" sytem and our "free" mainstream media.

Organised several International UFO-conferences in Amsterdam 1992-1996, all sold-out! (first was 550, second 1100 people!) Gave over 80 UFO-lectures, learned from Military, Police, Pilots who had UFO-encounters in Holland.

Was co-founder of Contact Network International with a magazine called "Exposure!".

I have been on Dutch National TV about UFOs & Real X Files over 22 times, (local TV not included).

2000-2006 making Alternative Media on internet, with lot of audio and self made RealVideo's.