Show Headline
UFOs_and_the_Paranormal
Show Sub Headline
Courtesy of BBS Radio
Preston Dennett "Out of Body Exploring: A Beginner's Approach."
In this show, Christine Kesara is a special guest host and she interviews Preston Dennett about his autobiographical book, "Out Of Body Exploring:  A Beginner's Approach."  In the show, Preston shares how he went from total skeptical to having advanced out of body experiences on a regular basis.  It all began in 1984, following the death of his mother.  Shortly after that, Preston saw her ghost and began having vivid lucid dreams with his mother.  He picked up a book on out of body experiences and decided to try the exercises.  To his shock and amazement, the exercises worked and he began having profound out of body experiences.  Preston shares how he first began by exploring the physical world, including his room, his friend's and family's home and finally more distant locations, including the moon.  Preston shares what it's like to fly, walk through walls and observe the world from an out of body perspective.  Preston also shares his many explorations to the astral dimensions, including visits with deceased loved ones, encounters with spirit guides, learning about past-lives, healing experiences, studying in the Akashic Library and much more.  Preston discusses the dangers, benefits and qualifications of astral travel, and also provides simple and easy methods that anyone can use to have their own out of body experiences.  This is an inspiring and potentially life-changing show. 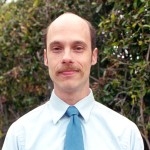