Sher Zieve is an author and political commentator. Zieve’s op-ed columns are widely carried by multiple journals and sites. Her writings appeared in The Oregon Herald, Dallas Times, Sacramento Sun, and international publications and many university websites.

Gene Gomulka is a retired Navy Chaplain, author, screenwriter, and Roman Catholic priest. His books include The Survival Guide for Married Military Couples, and Core Values of “Honor, Courage, and Commitment” adopted by the Marine Corp & later the Navy. Saint Pope John Paul II named him Monsignor with Prelate of Honor. He suffered reprisals in 2004 for exposing clerical abuse in the Roman Catholic Church the seminaries.  We’ll also talk about abortion and much more. www.Gomulka.net , www.gofundme.com/f/save-our-seminarians-fund

Rebecca Terrell is a senior editor and regular contributor for The New American. I just read an article in this week’s The New American titled “Covid Hospitals: The New Killing Fields?”. This is the personal story of “Nineteen-year-old Grace Schara died on October 13 at a hospital in Wisconsin. It was not COVID that took her life but a murderous treatment protocol that her family believes may claim many unfortunate victims.” This is a story not only about Grace Schara, but all of the potential Grace Schara’s. www.TheNewAmerican.com 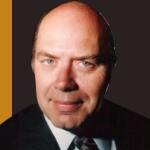