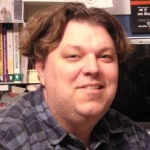 The AntiMatter Radio Show if focused on the two questions: What is reality made of? What is a human being? The world religions all conclude that reality, and the ultimate entities that exist, are made of light and/or energy. Also, our most prestigious science, quantum physics, has found that ultimate reality is composed of particle-energy.

In both cases, the light-energy that composes reality according to both religions and physics does not possess material qualities, and thus is non-matter. In other words, reality is energy and/or light, not matter. The religions and science are together on this issue, and that is why The AntiMatter Radio Show has the name it does: ANTI-matter, or anti-material entities, against physical existence.

Why are we against it? Because it does not fully exist. It is an illusion of the erroneous senses, and one that brings sadness and irrationalism. What brings happiness is to understand that reality, and you yourself, are composed of non-matter, and thus all your petty concerns regarding the material world are not where happiness is found, and is not what will bring you happiness.

Consciousness also does not possess any material qualities, and thus is made of the same “stuff” as the universe. The sciences, the arts, and human language, are doing a poor job in grasping these energies of reality, and they may not even be the proper tools needed to understand them. What is needed is religious experience, and that is ultimately what The AntiMatter Radio Show is about.