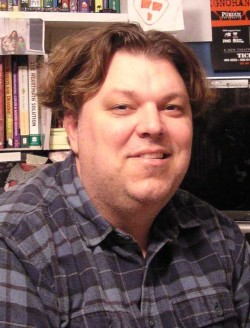 I am a professional philosopher, college lecturer, and author, and an amateur scientist, amateur poet, amateur Buddhist, amateur artist, and amateur anthropologist (specializing in study of aboriginal groups and shamanism). I am also a father and a Buddhist, and I live in Ann Arbor, Michigan with my family. My philosophical specializations have been in metaphysics and Buddhism, but lately have added-on and returned to postmodernism, absurdism, and "nature mysticism", which were my main interests when I was in my twenties. Politically, I am what can be called a "Thoreavian", which can mean, most simply put, that I believe humans are best meant to gradually retreat from civilization, and to gradually start returning to living more like the American Indians did before Columbus. Also, I roughly follow marxist philosophy (but only in the context of small hunter-gatherer sorts of groups, not large systems where marxism has not been successful and has been inevitably prone to mega-corruption, like other large-scale political systems), and I also hold strong anti-corporatist ideologies with political anarchistic (lack of centralized authority) leanings.