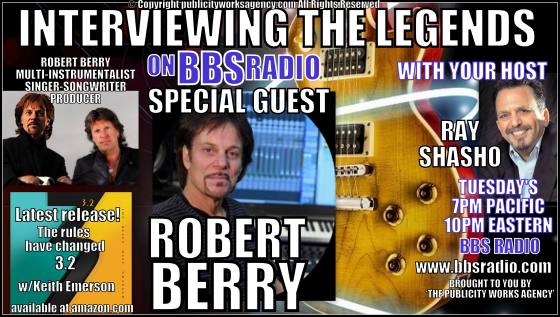 Purchase the latest album from Robert Berry and Keith Emerson

entitled 3.2 The Rules Have Changed at amazon.com 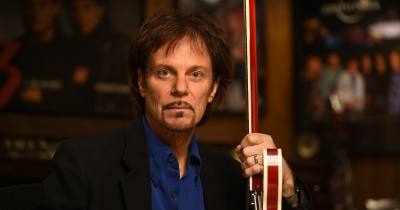 A BRILLIANT ORCHESTRATED TRIBUTE TO

Robert Berry has managed to survive in the treacherous minefield that is the music business and flourished as a performer, songwriter and producer. It seems he's done it all. While he may be best known as the vocalist/bass player in the ELP spinoff, 3, with Keith Emerson and Carl Palmer, Berry impressive list of credits include a stint fronting Ambrosia, and long running affiliations with Alliance, December People, and the Greg Kihn Band.  Berry has released 5 solo albums, contributed to a number of high-profile tribute albums and has an impressive track record in the studio.

2017 was noteworthy for some major efforts. Early in the years, Berry, on bass and lead vocals joined with Terry Brock (GIANT, STRANGEWAYS) on lead vocals, Gary Pihl (BOSTON, SAMMY HAGAR, ALLIANCE) on guitar, and Matt Starr (ACE FREHLEY, MR. BIG) on drums, to form ALL 41.They released the band's debut album, "World's Best Hope".  Simultaneously, he mounted a dedicated effort to complete his collaboration with Keith Emerson on the long awaited 3 follow up.  That album, which took shape in 2016, was nearly shattered with the news of Keith Emerson tragic death.  Ultimately and as a tribute to the friendship of Emerson and Berry, it somewhat painfully got back on track and The Rules Have Changed on Frontiers Music SRL was released earlier this year.

entitled 3.2 The Rules Have Changed at amazon.com 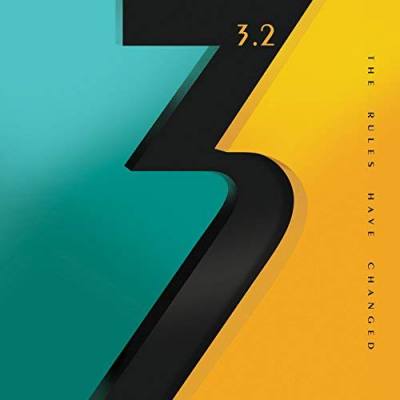 Very special thanks to John Lappen of Lappen Enterprises for setting up this interview with Robert Berry and of course the dynamic duo of Doug & Don Newsom of BBS Radio for making the magic happen for each and every broadcast of Interviewing the Legends. If you have comments or suggestions for the show contact me at interviewingthelegends@gmail.com and please subscribe to my You Tube channel interviewing the legends with Ray Shasho for the very latest interviews … It’s REAL news people!

Also don’t forget to purchase a copy of my book entitled Check the Gs -the true story of an eclectic American family and their Wacky family business ... available now at amazon.com.