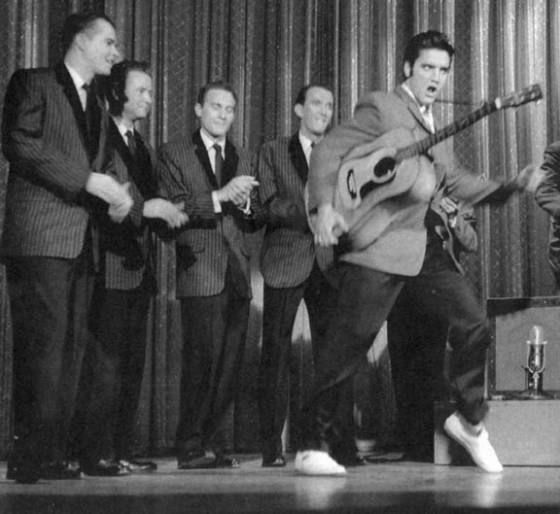 You can purchase this incredible CD at www.raywalker.net

ery special thanks to Doug & Don Newsom with BBS Radio for making it all happen every show!  Join me bi-weekly Monday’s at 3pm pacific/6pm Eastern on The Ray Shasho Show. If you have comments or suggestions or would like to be a guest on The Ray Shasho Show call 941-877-1552 or email us at ray@publicityworksagency.com. 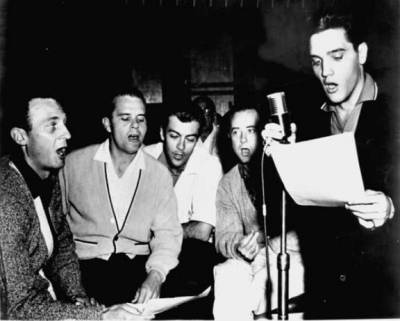 WAS A MEMBER OF "THE JORDANAIRES"

Ray Walker dropped out of school in 1955, moved to Centerville, Tennessee, where he helped to build a radio station, WHLP, worked with the local Church, and, became the youngest school principal in the history of Tennessee. He came back to college in 1956 and graduated in June 1957, with a BA Degree in Speech, Music, Bible, and, Education; worked for Werthan Bag Company during the Summer. By that time Ray and wife Marilyn's third child was on the way.

Ray continued working for the local Church and, in the Fall began teaching school in Davidson County Schools, where he was Assistant Principal, Coach, and commanded a split seventh and eighth grade class. It was April 1958 now, and through a business call to David Lipscomb College, Ray was put in touch with the Jordanaires by his former Choral Director. Gordon Stoker had called there, just prior to Ray's call, to see if the Music Department knew of a bass singer who might fit their requirements. When Ray spoke with the professor, he said to give them his name, which the professor did. Ray was called that afternoon, auditioned at 11:00 that evening, was called at the school the next day and asked to go to Hollywood to do some recording. The school board let him off, he went, came home and completed his school year of teaching, and joined the Jordanaires, officially, June 1, 1958.

Since that time, while working with the Jordanaires, he had a successful, daily, morning show, "YOUR OWN TIME" on the ABC Channel in Nashville in 1976.  Ray has done modeling, numerous radio, television, magazine and newspaper commercials (locally and nationally). He was a deputy sheriff (as a liaison between trouble youth and distraught families) for twenty-some years and, as were all the Jordanaires, an honorary member of the Tennessee Governor's Staff in Tennessee for many years.

Also known for his solo recordings, Walker has helped in the development of albums and CDs of a cappella composition performed, among others, by the Freed-Hardeman University Singers and the Harding University Choir. For years, he served as song director for "The Amazing Grace" Bible program, produced by the Madison Church of Christ in the Nashville suburb.  Marilyn was awarded "THE HEART OF A SERVANT AWARD" for her work with battered women.

Ray has over 600 a cappella worship songs recorded, reportedly being heard in 77 nations. Walker has been recorded nearly every week since he was 13 years old.  He began singing in public at 6 years old. In the late 1940s, Ray was recorded, first time, on his Dad's wire recorder every week until he was 18; in the 1950s, 1960s, 1970s, 1980s and 1990s, and 2000s, he was sometimes recorded on 200 songs a week, as aids in church worship in spirit and truth series. Ray has found time to be involved in over three thousand sing-outs, youth rallies, appearances of his own.

Up to 2013, it is estimated that Walker has been recorded on more than 200,000 songs  (including repeats for different services and classes), and including his professional recording with the Jordanaires, and is reservedly believed to be the most recorded voice in the history of music during his 66 years of performing.
Ray Walker is currently one of the ministers of the Waverly Church of Christ in Waverly, Tennessee.  Ray continues to lead singing for congregations of the Churches of Christ.

Ray was the Bass Singer in "THE JORDANAIRES" for 54 years and 345 days, when upon the passing of Gordon Stoker, March 27, 2013, "THE JORDANAIRES" as a group, officially, came to an end.  Ray, occasionally, performs with country crooner Ronnie McDowell, and others, in programs dedicated to the memory of Elvis Presley.

at the New Opry House

This CD contains 14 All Time Favorite songs by Jordanaire,

For more information about Ray Walker and The Jordanaires 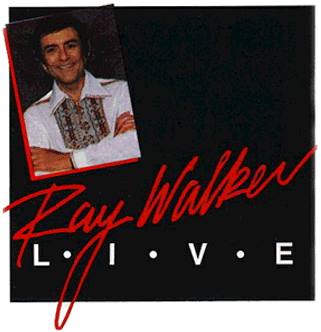