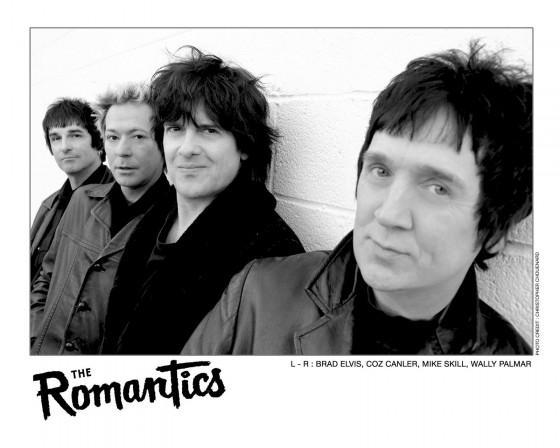 The Romantics Palmar, Skill, Elvis, and Cole are touring the US and Europe in support of their recently released singles from their highly anticipated new album release “Up From The Rubble” for summer 2016!

Visit … The Romantics Official Website for concert dates and information about their new release entitled Up From The Rubble at www.romanticsdetroit.com

For more information about the 80’s cruise visit … the80scruise 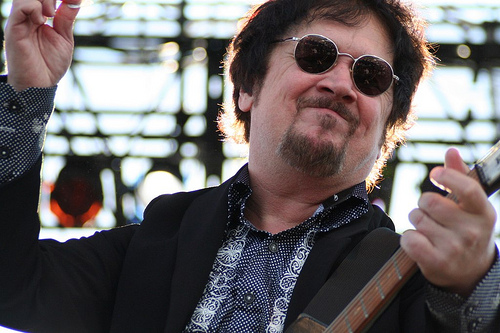 FOR THE LEGENDARY 'ROMANTICS'

1980's Hit Makers The Romantics Tour The US In Support of Forthcoming Album!

Detroit - 1980's music legends The Romantics, Wally Palmar, Mike Skill, Rich Cole and Brad Elvis, best known for their mega hit single “What I Like About You,” are touring the US in support of their forthcoming album to be released on K-Tel Records titled “Up From The Rubble”!

While it's true that the Romantics took much of their simple thunder from the British Invasion, their primary influence was the Frenzied excitement of the late 60's Detroit rock scene. They cut their teeth on that High Energy sound characterized by the MC5, the Psychedelic Stooges, Bob Seger and the Last Heard, Mitch Ryder and the Detroit Wheels, Scott Morgan's Rationals, SRC, and Garage icons the Underdogs, infusing it with sincerity, irony, spontaneity, and of course, Volume. The Romantics took the essence of this scene and translated it to suit their own modern experience. They favored short brash songs, “punk short” hair and popularized red leather suits.

After releasing their own independent single in 1977, consisting of the first two songs they had written - “Little White Lies” and “I Can't Tell You Anything” - The Romantics traveled east to establish an audience. Soon after Bomp Records' Greg Shaw sees them in Toronto and funds a single, which included “Tell It To Carrie,” “First In Line,” something of a stylistic matrix for The Romantics' music to come. The Romantics considered themselves well removed from the Sex Pistols' negativity. They didn't want Rock & Roll to go away rather they want, as Skill tells a reporter in 1979: “to still have fun with three chords.” The late 70's U.K. punk movement was then diluted and still misunderstood in America.

Through constant touring over three years and meetings with CBS Brass, Natt Weiss, & Nemperor A&R reps, they signed with Nemperor Records in 1979.

The original Romantics, Palmar, Skill, Cole and Marinos released their debut LP. Anchored by “What I Like About You,” “When I Look In Your Eyes” and a cover of The Kinks, Ray Davies' “She's Got Everything.” The album is an exemplary pop-rock period piece. The Romantics evoke a youthful portrait, haunting in its innocence, a direct contrast to the tough world they know in Detroit. Now nearly 30 plus years later they are still known for having created some of the most influential and beloved rock and roll of all time.

The 2nd record, “National Breakout” in late 1980, featuring standouts “Night Like This” and “Forever Yours” produced tours of Europe and Australia. The 3rd record “Strictly Personal” was released in1981. In 1983-84 they raised the bar with “In Heat” the platinum album bearing 2 top 10 singles, “Talking In Your Sleep” and “One In A Million” followed with a tour of Japan.

In late 1990, the Romantics added current Blondie drummer Clem Burke to the lineup, and in 1994 they released a 5 song EP titled “Made In Detroit” for Westbound Records, containing fellow Detroiter George Clintons' Funkadelic songs, “You & Your Folks.” And “I Wanna Know,” along with three originals. Later that year, The Romantics received an award for Outstanding Pop/Rock Recording Artists from the Motor City Music Awards in 1992.

1995 saw The Romantics settle their 7 year old lawsuit against their former management. The Romantics were presented with the Distinguished Achievement Award at the Detroit Music Awards in 1999. “61/49” was released in the fall of 2003 and named for the storied crossroads near Clarksdale, Mississippi where bluesman Robert Johnson made his pact with the devil. “61/49” is intended as a tip of the hat to the roots of rock 'n' roll and forms the nucleus of The Romantics' fervent pop.

Due to touring commitments with Blondie, Clem Burke recommended the addition of Brad Elvis. Regaled by both critics and fellow drummers for his precision beat-keeping and showmanship, Elvis is best known as a member of the Elvis Brothers, Screams and The Handcuffs. In addition to being a staple on classic and contemporary rock radio, television commercials and movies; Sirius/XM Satellite radio has also embraced The Romantics. Their songs can be heard on a number of stations including Little Steven’s Underground Garage.

2011 brought the re-emergence of original bass player, vocalist, Rich Cole and Mike Skill back on guitar. The band is now able to expand their set list and include more songs from their first two albums, and include new and unreleased material. This now allows them to focus on more harmonies and get back to their original rock sound that established The Romantics from the very beginning.

Once again much to the excitement of their fans worldwide, The Romantics Palmar, Skill, Elvis, and Cole are touring the US and Europe in support of their recently released singles from their highly anticipated new album release “Up From The Rubble” for summer 2016!

Also the New Rock Band 4 has announced 3 new songs one of them “What I Like About You”:

Lastly, the new CocaCola Summer campaign is using “What I Like About You” title on the cans/bottles and song advertising their products...on TV and stores: 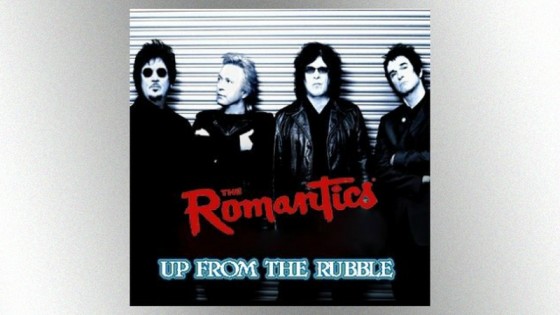