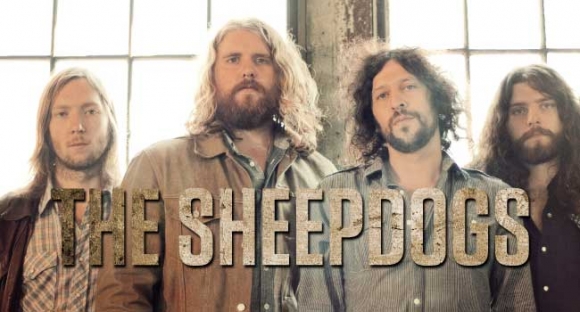 You can purchase The Sheepdogs exciting new release entitled 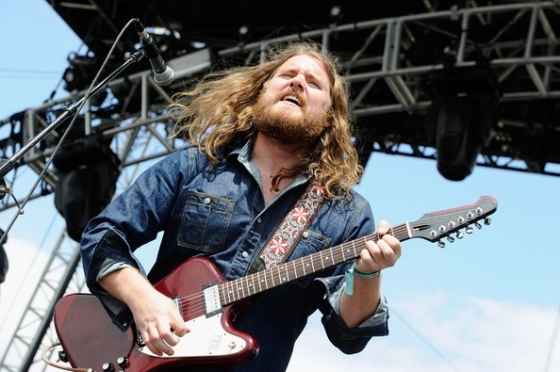 GUITARIST, LEAD SINGER AND SONGWRITER FOR THE SHEEPDOGS

Trends come and go, styles fall in and out of fashion, but The Sheepdogs remain steadfast in their commitment to rock n’ roll excellence. Since their inception, the band has always sought to play the kind of music they themselves love: “Pure, simple, good-time music,” as singer/guitarist Ewan Currie puts it. It’s no surprise, then, that the band’s fifth LP, Future Nostalgia, is firmly rooted in the rock tradition that listeners have come to expect from the boys.

The idea was simple: find a nice, quiet, secluded place and make a record packed with all the hot guitar licks and sing-along choruses they could muster. So the band holed up in a rented house in the remote, idyllic setting of Stony Lake, Ontario, and set about creating a studio where they could work all hours of the day. “We wanted to cut out all the noise and get back to a place where we could just fully immerse ourselves in music,” says Currie, who took on production duties for the album. “We worked hard, but we also made sure to keep it loose and have ourselves a good time.”

Future Nostalgia is the middle ground between the JUNO-winning, platinum-certified Learn & Burn, which spawned the rock radio staple “I Don’t Know,” and its equally successful follow-up, 2012’s The Sheepdogs, featuring the instantly-recognizable, Gold-certified singles “Feeling Good” and “The Way It Is.”

The former was recorded by Currie and the band in their hometown of Saskatoon before they were propelled to fame as the first unsigned band to grace the cover of Rolling Stone, pressure free and at their own pace. Its follow-up, however, recorded in Nashville with producer and Black Keys drummer Patrick Carney, was a much more formal and rigid studio experience. This time, the band aimed to combine the successes and lessons learned from these opposite ends of the recording spectrum.

Future Nostalgia builds upon The Sheepdogs’ foundation of feel-good vocal harmonizing and nasty guitar jamming. “Our musical journey has been about trying to find how we sound our best,” states Currie, and the album represents the pinnacle of their progress thus far. That’s made immediately clear from the opening riff of “Downtown,” an undeniable straight-up rocker that sparkles with the warmth of summer. Down at the other end of the street is “Bad Lieutenant,” which walks a dark and sexy strut courtesy of bassist Ryan Gullen and drummer Sam Corbett, who also tear up the furious “I Really Wanna Be Your Man.”

Newcomers Rusty Matyas and Ewan’s brother Shamus Currie, on guitar and keys respectively, bring a new spirit to the wistful back porch vibes of “Same Old Feeling” or the brooding melancholy of “Jim Gordon.” Elsewhere, the ominous groove of “Help Us All” calls to mind the bleak violence of Blood Meridian as sung by Sly & the Family Stone, punctuated by a devastating trombone solo from Shamus.

Now, The Sheepdogs are eager to embark on the next leg of their journey, which will involve many miles logged and stages played. “I’m excited for people to hear the album, because it’s a labour of love,” Currie says proudly. “Now, it’s just about getting it out there and getting people into it.”

From their cramped Saskatchewan jam space to gold and platinum records and shows with rock icons, The Sheepdogs haven’t strayed from their goal of sharing pure, passionate rock n’ roll with anyone who’ll listen – and Future Nostalgia is packed with it.

THE SHEEPDOGS have announced the release of the highly anticipated follow-up to their 2012 award-winning self-titled LP. FUTURE NOSTALGIA arrived everywhere on October 2nd, 2015 via Warner Music. Produced by lead vocalist and songwriter Ewan Currie alongside engineer Matt Ross-Spang (former engineer at Memphis’ Sun Studios) the 18 freshly-minted tracks on Future Nostalgia were recorded in the quiet and idyllic setting of Stony Lake, Ontario, a conscientious choice by the band to ensure they kept all distractions at bay and the recording process as natural as possible. The band, comprised of Currie, Ryan Gullen (bass/vox), Sam Corbett (drums/vox), Shamus Currie (keys/horns) and Rusty Matyas (guitar/vox), set up camp up for several weeks in a rented house in the remote country where they trucked in equipment to build a studio in order to record their latest effort.  Says Currie “We worked from morning ‘til night, but we kept it loose, had a real good time, and came away with a rock n’ roll record”.

The latest record has many flavours showcasing the band’s creative license when left to their own devices ranging from the catchy, signature-sounding single “Downtown” to the introspective and soulful groove of “Bad Lieutenant” to “Help Us All”, a fresh take on a vintage vibe featuring a trombone solo from Ewan’s brother Shamus. Another highlight is the laid back, good-time, backyard jam “Same Old Feeling”, as well as the closing 6 tracks which flow one into the other to create a cohesive medley, much like the band did on their 2010 LP Learn and Burn.

Formed in Saskatoon in 2006, The Sheepdogs have received widespread acclaim for their bold and beautiful take on classic guitar rock, evinced on three self-funded, independently released albums.  The band’s hard work, determination and impressive chops have earned them a fervent fan following, leading to the accumulation of various achievements and awards including four JUNO awards, seven JUNO nominations, Gold certification for The Sheepdogs and Platinum certification for Learn and Burn. The band’s 2012 self-titled LP debuted at #1 on the Top 200 SoundScan Chart, and garnered three #1 singles at Rock Radio including Gold certified tracks “Feeling Good” and “The Way It Is”. As impassioned on stage as they are on record, The Sheepdogs have spent much of their musical lifetime on the road playing innumerable headline shows and festival appearances worldwide. 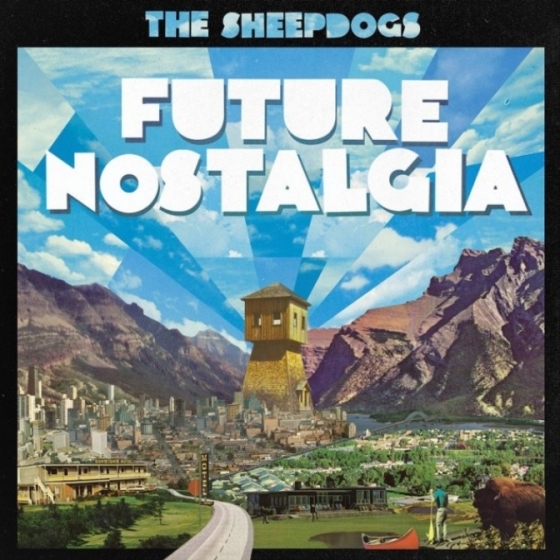