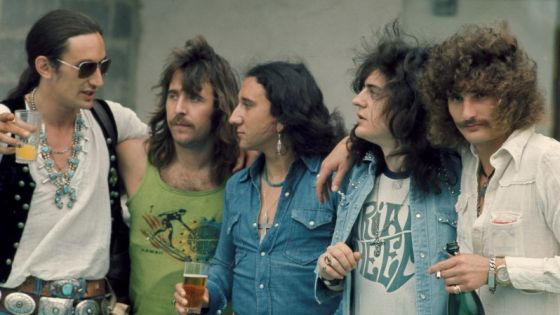 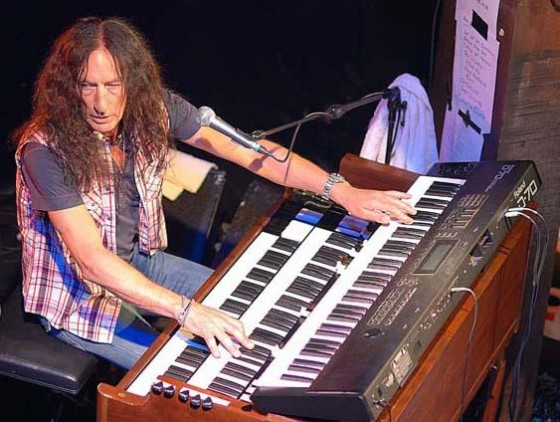 IS THE SPECIAL GUEST

From childhood poet to legendary status is a long, long road and it´s hard to cut this particular story short .... so why try?

Born in London with music in his family and in his blood, Ken formed the dream of being a rock star at the age of 11 when he bribed his parents into buying him a guitar.

Armed with not much more than sheer determination he moved from step to step always looking for a way to advance his powerful ambitions.

This was achieved through bands like The Gods which went through several incarnations before recording 2 albums for EMI Records and until the formation of Uriah Heep in 1970, the group in which all of his dreams came true and which changed his life forever and in many ways.

After returning to Europe from the US, Ken began the climb back into rock & roll history and in 2007 released the acclaimed rock opera Blood On The Highway.

Steadily Ken grew back into the consciousness of his huge fan base and, either solo or with Live Fire, the live performances thrilled audiences from Norway to Russia and all points in between.

With his classic autobiography, "When Too Many Dreams Come True" printed in English, Russian and Bulgarian, the man who first made his mark in the 20th century is now clearly capturing the 21st.

With a new CD of rare songs already mixed, 2012 saw the release of another stunning solo CD, "Love & Other Mysteries" and the recording of a double live CD and DVD with Live Fire. It was also the 50th anniversary of his life on the road … "50 Years On The Job" !!!

Live Fire merged some of these great tracks into their live shows as they stormed every market they visited.

2013 also saw a dramatic increase in the demand for Ken´s solo shows and this momentum rolled right into 2014, with Live Fire making its first appearance in Russia, with two sold-out shows in Moscow and Kaluga.

With tours in Ukraine, Crimea, Latvia and Russia, Ken continued to grow the audience for his solo shows and The Legends continued with two memorable concerts on The November "Rock Cruise".

Before anyone knew it, it was already 2015 and Ken began finishing a bunch of new songs for a CD to be recorded this year.

Teamed with Steve Weltman, his partner, manager and friend, they are planning (some would say "plotting") a lot of interesting projects for this year and next, so stay tuned here to get all the updates.

It has been said before and it´s worth saying again .....

Ken Hensley is a rock & roll legend with no plans to stop. 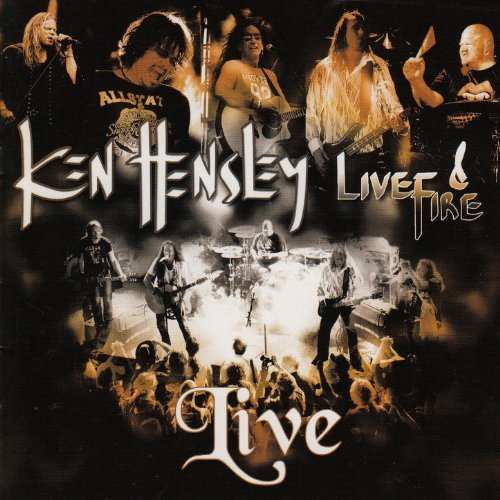